DAD.info caught up with the Australian star of Ridley Scott’s Biblical blockbuster, Exodus: Gods and Kings 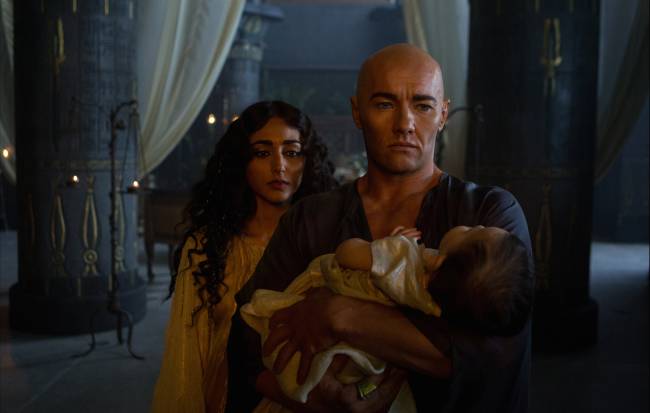 Sydney-born star Joel Edgerton is a man of many hats. Best known for his acting roles in Star Wars Episodes II and III, Warrior, Zero Dark Thirty and The Odd Life of Timothy Green, last year he added screenwriter and producer to his ever-expanding CV, reflecting his involvement in Felony, the gritty psychological thriller which also saw him take on the lead as morally questionable detective, Malcolm Toohey. He’s a busy boy and one who clearly refuses to be limited by labels.

“I was nervous going in to such a big production,” admits Edgerton, at the CinéfestOZ after-party in Western Australia’s Busselton earlier this year. “But working with Ridley was just excellent. He is a great man and an absolute master at what he does.”

Any talk of nerves seems an unlikely admission from a man who has just come off stage clutching an Australian Screen Legend Award, an honour previously bestowed on considerably more mature actors, including Jack Thompson and Bryan Brown. How does he feel about being a ‘Legend’ at the tender age of 40?

“I’m flattered by it, of course,” he smiles. “But I do think maybe they should have given me another decade at least! In my head I’m still pretty young – kind of in the middle of my life – but I think this award also recognises actors who fly the flag for Australian film, and in that respect, while I don’t consider myself a legend, I’ll always be an ambassador.” 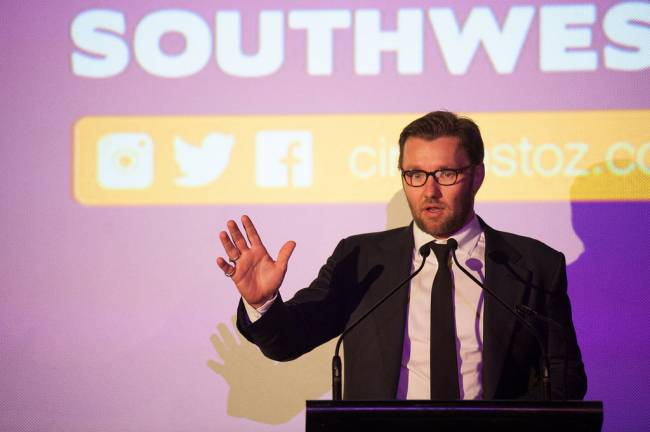 Having worked with some of the world’s best directors including Scott, George Lucas, Kathryn Bigelow and Baz Luhrmann – Edgerton stole the screen as Daisy’s brutish husband, Tom Buchanan, in Luhrmann’s lavish 2013 production of The Great Gatsby –  the actor’s set to try his hand at directing when he brings more of his own writing projects to the big screen, already cutting his teeth on two film shorts, Monkeys and The List.

“I’ve got a few things I’ve written that are pretty much ready to go,” says Edgerton, clearly excited but not giving too much away. “One is fairly similar to Felony in genre and tone – I can’t tell you how much I’m looking forward to directing a thriller.”

Is he anxious at all about making the jump from screen star to the man making the magic behind the camera, especially considering the formidable reputation of his latest director?

“I don’t imagine I could ever do what Ridley does,” he says, shaking his head. “I could never do something as epic as him, even if I directed 100 movies. He can hold drama and big-scale visuals in his head at the same time in a completely remarkable way.” 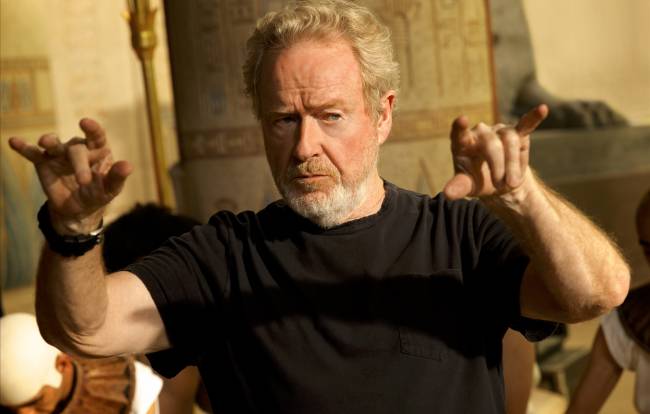 If you’ve watched Exodus in its full 3D glory, you’ll understand what he means. A huge cast battles Biblical-scale plagues from blistering boils to frenetic frogs and locusts, while spectacular sets bring the glory of ancient Egypt to life and a thundering Tsunami of Red Sea swamps the screen. A seemingly endless list of technicians, animators and special effects crew rolls long after the final shot has faded. Epic is the word.

Somehow, amidst such monumental mayhem, Edgerton’s solid performance as Ramses, the vengeful, conflicted Pharaoh, cuts through. So will he always consider himself first and foremost an actor?

“I don’t think I need to choose,” he says, thoughtfully. “You can be a fantastic journalist and a great parent. You could be an amazing singer as well as being an incredible dancer. Why can’t you have several strings to your bow?”

But there will always be added pressure for a great actor who decides to direct, no?

“Yeah, and people strangely love to criticise people who have an established career and then decide to try something different. But you know what? F**k those people. If there are things you really want to do, I say go for it… and do it all.”

Exodus: Gods and Kings is in cinemas now.