Super-geek and super-dad, Simon Pegg, cemented a place in UK hearts with off-beat comedy classics Shaun of the Dead, Hot Fuzz and World’s End, known as The Three Flavours Cornetto Trilogy. Scoring his first screen break back in 1999 with Channel 4’s, Spaced, Simon has made the move from Brit-com legend to the heady heights of Hollywood, appearing in Mission Impossible and Star Trek, with a rumoured involvement in the next Star Wars instalment. This month sees Simon going back to his funny-man roots, taking the lead in romantic comedy, Man Up, alongside Lake Bell.

Married to music industry publicist, Maureen McCann, his biggest role of all is being dad to six-year-old Matilda. DAD.info caught up with him to talk about fame and family life… 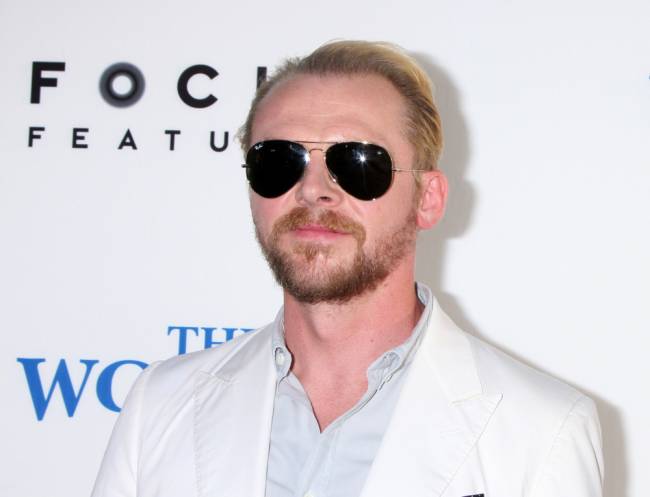 Hi Simon, you’ve come a long way from your early beginnings on cult comedy Spaced. You must be pretty happy with the way things are going?

Things are luckily going great and my job is something I genuinely love, so I feel very lucky to have it and I really enjoy it. But it’s also very important for me to have a life as well. If you don’t have a life, all you are is work. 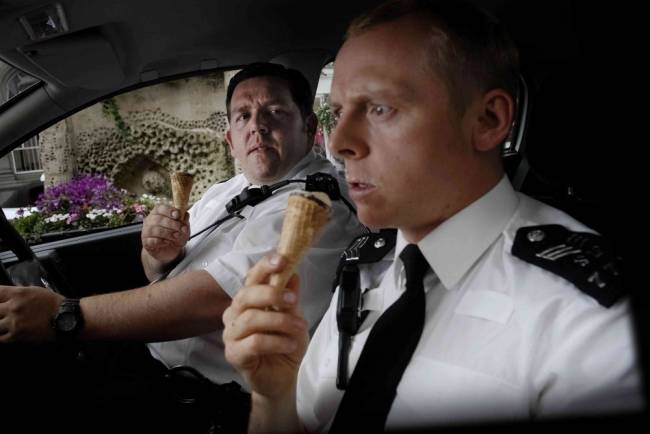 You’ve achieved so much in your career. How do you measure success?

If going from job to job makes you happy, you are a success. If you are unhappy, because all you do is work, you aren’t a success. Success is built on entire happiness. You could be the richest person on earth and be suicidal, or be shovelling donkey s**t and loving it and be happy as a result.

I’ve started measuring my success by how happy I am, not what I can do or who I work with. That’s all very nice but what really matters to me is my home life, having somewhere stable and loving to go back to. I’m quite traditional. I love being married and having a kid, I love all that stuff. I love being a dad and all that comes with that. 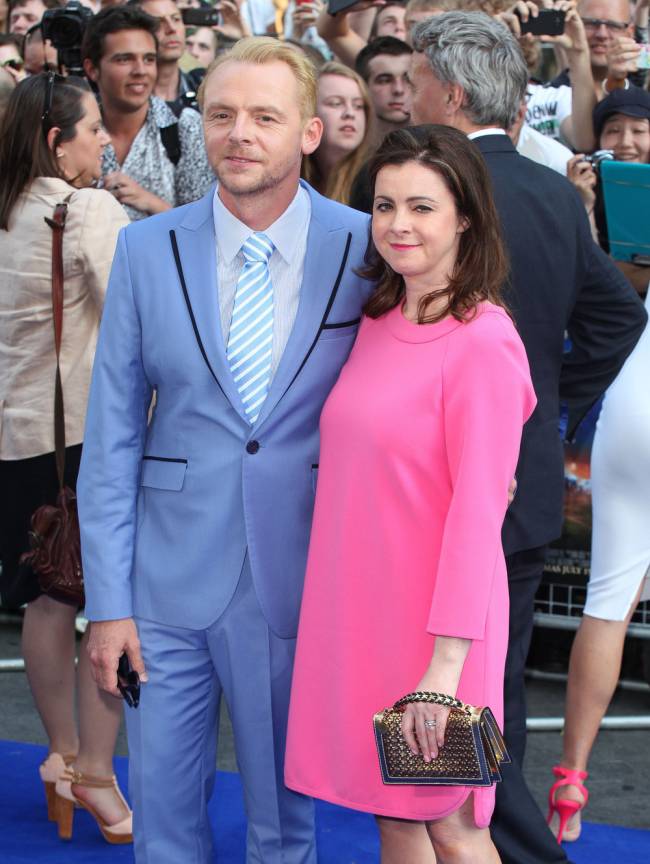 What’s the best part of being a dad for you?

Probably going to see the school plays. When you watch your kid in a school performance it’s very special. Tilly played Mary in the Nativity and I can’t even describe it, I was so proud. Even when she was bashing poor Jesus’s head against the stage to the music, I was proud. That’s my girl!

So if you had to choose, you’d sacrifice your Hollywood career over life as a family man?

Absolutely. I mean, I’m hoping it doesn’t come to that, but in this game it’s more than possible. But I’m so lucky. My job would be my hobby if it wasn’t my job. Sometimes I forget it’s my job and I say yes to things and then my agent says, ‘Why didn’t you tell me you were doing this job?’ And I think, ‘Oh yeah, I’m supposed to get paid for it!’

Gossip and speculation are part of Hollywood life. What’s the most ridiculous rumour you’ve heard about yourself?

The funniest rumour I ever heard was that Nick Frost and I breed Golden Retrievers and sold one to Paul McCartney on the strict proviso that he call it Colin. That was the most elaborate. Absolutely extraordinary… I should commend someone for coming up with that one!

You have friends in high places now, including Tom Cruise…

It’s an epic cliché, but Tom is so incredibly laid-back. But yes, he is a movie star. Ridiculously good looking and for God’s sake, he hung off the tallest building in the world – for a movie. He’s a movie machine. So he’s a star. I am not. We don’t even compare.

Do you consider him a mate now?

I’ve a great relationship with Tom. He’s incredibly professional and really funny. I know it’s weird for people to hear, simply because it’s Tom Cruise, but once you get to know him, he’s really quite normal. 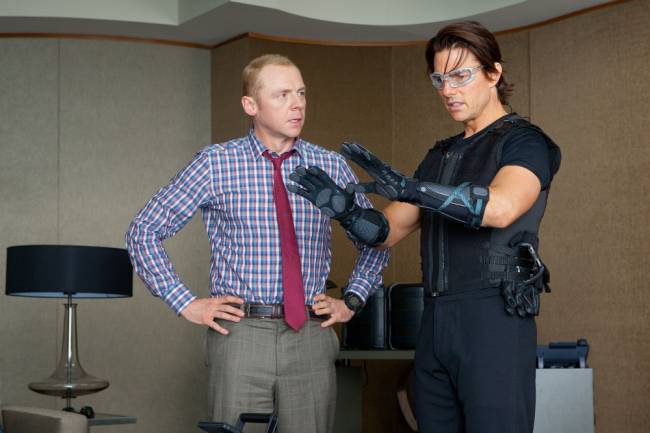 Are you enjoying fame?

A lot of people see it as an end in itself, but fame should never be seen as that. It’s a product of something, like an outcome of something that you have to deal with. I describe it as being almost like radiation to people who work in a nuclear power plant. It’s something you have to contend with that isn’t necessarily a positive thing. Although fame can also be extremely positive of course, unlike radiation!

There must be lots of perks though – what are the bits you enjoy?

Well, sometimes you get special service in shops, or you get free stuff, or people are nice to you for no reason – that’s all great! But it can make crowds a little intimidating and you can’t really go into pubs anymore. So there are pros and cons to it… it’s not always all it’s cracked up to be.

Simon stars in romantic comedy, Man Up, in cinemas from 29 May.