DAD.info | Opinion | Interviews | Interview: Darron Speck on his Race across the World

Interview: Darron Speck on his Race across the World

“When I first met back up with Alex  (my son) I thought he was an irritating spoilt brat who was lazy and had forgot how to work and respect people.

That was my honest initial reaction.

I was gutted. I thought he was better than that.” 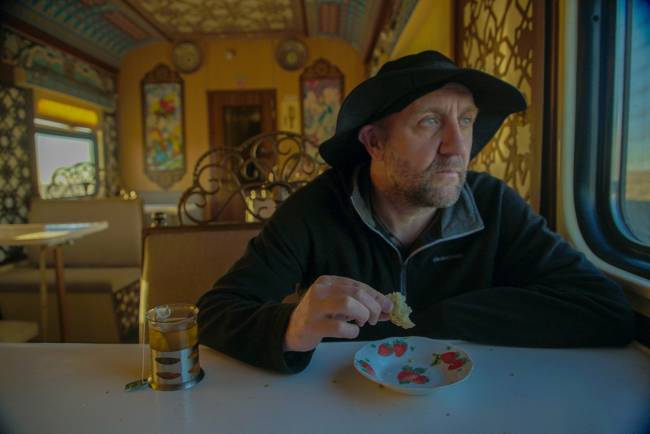 Darron Speck, from Bradford UK travelled from London to Singapore for the BBC2 series Race Across the World. He and his son, Alex Speck-Zolte won the nation’s hearts as we watched them compete in a gruelling but exhilarating race across Europe, through ‘the Stans’ and into China to arrive finally in Singapore.

Originally when Darron signed up he thought the production company wanted him to travel alone but with the TV show’s format constantly changing they suggested that Darron might like to travel with his twenty-year-old son, Alex. The only problem… they were estranged.

Dad.Info spoke with Darron about his son and asked him how a trip away saved their relationship. 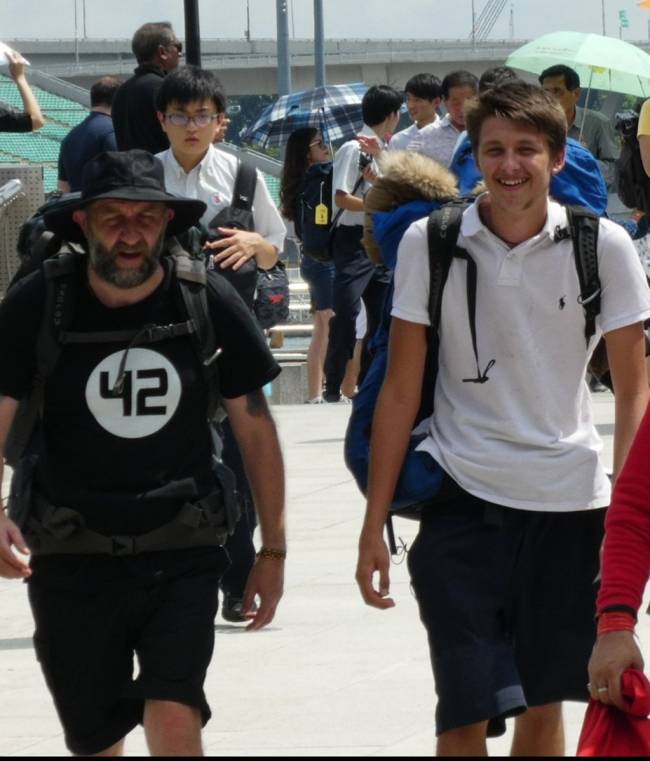 “Alex is my only son. I lived with his mother till he was 2 and it started to fall apart”

Darron and Alex’s mum went to court and Darron won custody and suddenly he was a single Dad with a full-time job. “I don’t drive. I was catching so many buses a day. I’d catch one to the childminder and then she’d take him into school and then catch another one into the city centre then I’d work all day and catch a bus back and then a bus back home, make something to eat. It wasn’t easy. I always worked with the view that this was my choice. It might have been trying and stressful at times, but I had a house, food, a job, Alex was at a good school, I always tried to look at the bigger picture. It was quite difficult because I was going through court which is vicious.”

Darron raised Alex until he started at school and then Alex spent some time living back with his Mum. Darron struggled to adjust to life without his son and explained he had to emotionally switch off “the way I dealt with it was to almost detach myself, to cut off the emotion to deal with it. I was lucky that was only for a year and we reconnected. The longer it goes on the harder it is to claw it back.”

However, when Alex turned 16 he moved back in with his Mum. “I remember when he left I didn’t know what to do with myself. My life had been focused on bringing Alex up. And then I had all this free time and I didn’t know what to do. I did a bit of travelling and we kept in touch now and then but as he was turning 19 we were talking but it were like you talk to an aunt you haven’t seen for 10 years it was guarded and formal. It was tough.”

Raising children is tough and the teenage years can be particularly rough. Darron reflecting now realises he almost lost his relationship with his only son. Days, weeks, months went by and they weren’t talking, weren’t making the effort to connect. So when the opportunity to do the race came up Darron knew he had to persuade Alex to come with him, but it was a daunting idea. “I was just hoping we’d get on. I knew him as a child I didn’t know him as an adult. It was hard to be more than a ‘dad’ I wasn’t there to order him about, it was about reconnecting as an equal.”

The Race Across the World

But this was to be no ordinary situation. Darron knew he was signing up to being on camera 24/7. “That took a while to get my head around. When you had an intimate moment and connected, you’d turn around and a camera would be in your face. It is like a therapy session, just in front of the world.” For those of you who have watched series one you’ll know Alex wasn’t a seasoned traveller and Darron struggled to be patient while Alex found his feet. Darron wanted us to know that Alex “wasn’t the incompetent bumbling fool they made him out to be at the start and he wasn’t the all-conquering hero at the end.” 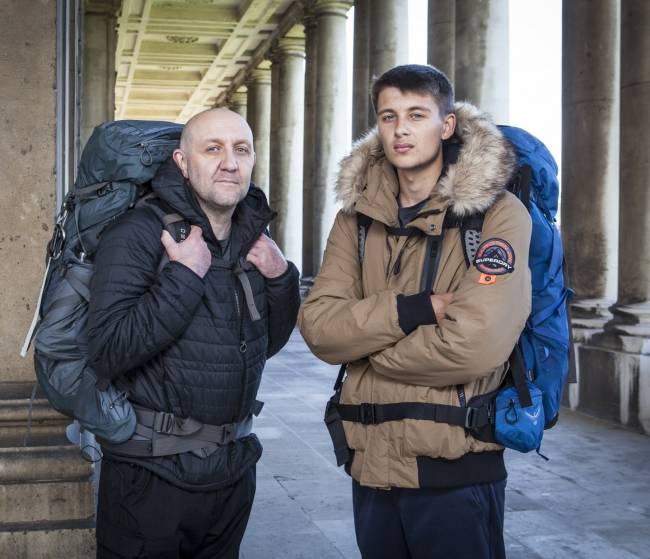 The journey though wasn’t just about getting to Singapore, watching week by week we saw a Father and Son meeting each other for the first time as adults and slowly getting to know each other. The pressure was enormous and to start with looked like their relationship would implode but as the pair survived challenge after challenge we saw them begin to trust and rely on each other. The turning point seemed to come for them when they were marooned in the Caspian Sea. Darron reminisces: “We were moored up for five days, stuck in the same place and then another 23 hours to get to the other side. We’d run out of food, fresh water, we couldn’t go on deck we were in a small toilet sized room. Alex had really bad travel sickness. The Caspian Sea broke him he was rock problem he had to take some responsibility. At that point he realised he would prefer to see the positive not the negative and he stopped seeing problems and started seeing solutions. We had quite a few hearts to hearts and I would like to think I made a difference… but wouldn’t all parents!”

Darron really believes that travelling with his son saved their relationship. He went as an absent father with his estranged child and returned as a Father and Son, a relationship based on real trust and mutual respect. Darron learnt how amazing his son is with people: “Alex would approach someone with effortless charm and make them feel at ease. I could practice for 10 years and never be like that. You always want your children to be better than you. When he was doing that I thought… that is really impressive. I was exceptionally proud.”

Don’t Give Up Hope

Darron’s main message would be to: “Try and connect now and don’t leave it till tomorrow. Spend some time with your child and if you have separated don’t give up hope. You lose hope you’ve had it That is a dark hole to go down, nobody wins from there”. Darron has been there and knows that sometimes when relationships breakdown you stop seeing your children because you can’t deal with the pain of not seeing them, but Darron insists the only way of finding happiness is taking charge of your own feelings and remembering: “What happened in the past is gone, it doesn’t matter what happened, it is in the past. There will be light at the end of the tunnel if you want it to be. Look up and see the sun or stare down at the darkness, it is your choice.”