Interview: Explorer Ed Stafford On His Biggest Adventure Yet: Becoming A First-Time Dad

British adventurer and Discovery Channel presenter, Ed Stafford, is used to a tough challenge: he’s the first man to have journeyed the entire length of the Amazon River from source to the sea on foot, walking his way to a Guinness World Record to boot.

Ed spent 860 days in the jungle and trekked 4,000 miles, often forging new paths with a machete and encountering snakes and hostile locals along the way.

His first Discovery Channel series in 2013, Ed Stafford: Naked and Marooned, saw him dropped naked on to a desert island in Fiji, where he was left without food, water or equipment for 60 days.

But nothing could have prepared him for his biggest challenge yet: becoming a father to baby son, Ran, last summer. DAD.info tracked him down to talk about his greatest adventure…

Do you get more sleep on expeditions, sleeping rough on islands or in the jungle, or when you’re looking after Ran?

I’ve been through the sleep deprivation of The Royal Military Academy Sandhurst, so I’m no stranger to hallucinations and even falling asleep at the wheel, waking up to the sound of my driver’s window shattering as I hit the central reservation! That said, I’m now 42 and those Army training days were half a lifetime ago. Looking after Ran is a cheeky reminder that you’re never too old to be humbled by a rubbish night’s sleep!

Luckily he’s through the worst now, though – our heating in the house went haywire earlier this winter and he suddenly started sleeping like a log. I realised he’d been getting too hot and flustered, so I now keep the area where his cot is nice and cool, and he’s sleeping so much better as a result. I’m used to surviving on pockets of sleep – just enough to allow you to function – so this is my life at home and away now!

Your wife, Laura Bingham, is also an adventurer, and she’s been off on her own record-breaking kayaking expedition in Guyana. How have you coped with looking after Ran by yourself while she’s been away?

In all honesty, he’s a total dude and I’ve got a lot to be grateful for in terms of his demeanour. I’m also very proud of Laura for continuing her career. Nobody batted an eyelid when I went to Thailand in January, but when Laura announced she was leaving her son for eight weeks people asked, “how can she do that?” My answer is it’s because we’re a team. We set things up so that it wasn’t a shock to Ran when she left. He’s used to his dad changing his nappy and dressing him in daft clothes – we’ve had a giggle from day one. Laura is the only one really suffering now. She’s told me that she sometimes cries in her hammock at night. It’s been a hard trip and it hurts, and she has to cope with that and lead her team to their Guinness World Record. She’s one in a thousand and I’m super proud of her. 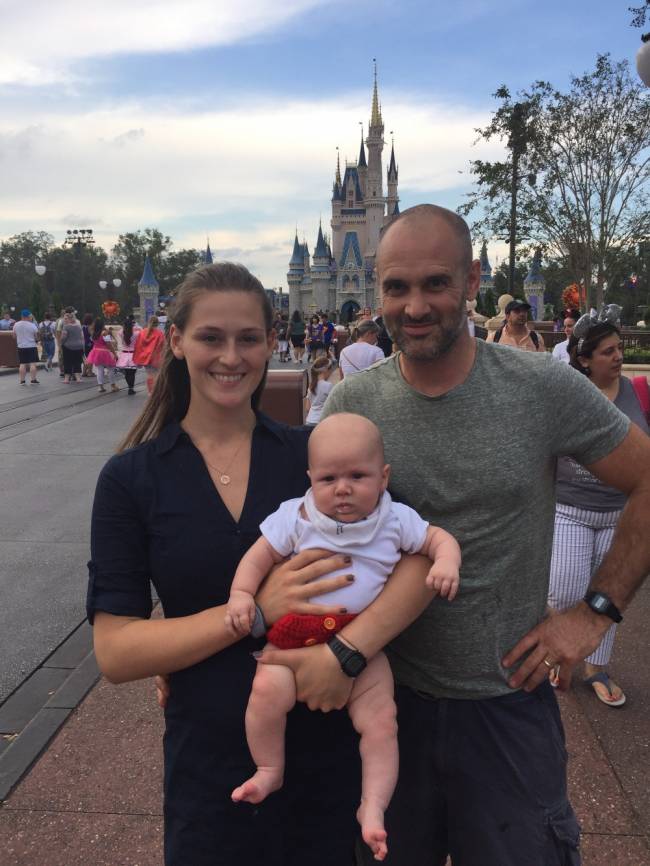 When one of you returns from an expedition, are you on more nappy and feeding duties to make up for the time you’ve missed while you were away?

We’ve never had a conversation about whose turn it is. It just happens. The thought of getting up and changing nappies might be horrendous but the actual deed isn’t bad at all if you just do it. Possibly due to my age, or because I’m adopted, I never thought I’d have kids. I wanted them but didn’t think life would bless me with them. I’m still so happy that he’s here and we’ve made him. It’s a privilege to “do dad duty”.

Ran is named after the ‘World’s Greatest Living Explorer’, Sir Ranulph Fiennes. Would you like Ran to grow up and follow your lead by exploring and seeing the world?

It’s a clichéd answer, but he can honestly be anything he wants to be as long as he’s happy. I suspect that he’ll amount to quite a lot more and I’m not so much of a hippy that I don’t want to see him succeed financially and in business. But if he’s at peace inside and if he’s confident, humble and retains his sense of humour when things go wrong, everything else will slot into place. The last thing he needs is pressure to perform – life is to be grinned at and enjoyed. 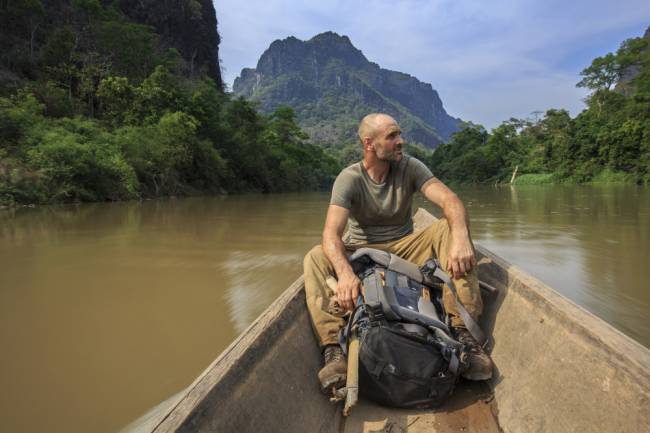 Some parents who have travelled a lot before they had children can become a bit wary of going on an adventurous holiday with their kids – do you have any advice for them?

We popped Ran in the back of our Land Rover Discovery when he was eight weeks old and drove to Estonia and back. We only had two weeks, but neither Laura nor I had been there, and we didn’t want to let Ran stop our fun. We had a great supportive, reclining car seat and he came on so much in terms of his development because he was getting our attention 24/7. He would sit under German/Danish/Lithuanian trees and look up transfixed by the leaves and how they moved. Don’t get me wrong, my awareness of the consequences of risk have heightened and I feel the parent hormones kicking in, ordering me to wrap him up in cotton wool. However, I’m deliberately ignoring them and forcing myself to let him have his own adventures, make mistakes and become a fuller and more rounded person as a result.

What destinations can you not wait to show Ran when he’s older and why?

It would be cool to take him into the Amazon. I feel like it’s my stomping ground in some ways and to be able to impart some experience and teach him how to live gently alongside nature would be cool. I can see a piranha fishing trip being formulated in my head now – and he’s not even sitting up yet!

Walking The Amazon; Ed Stafford: Into The Unknown; Ed Stafford: Left For Dead and Marooned With Ed Stafford are available now on Amazon. Watch out for Ed’s new series later this year on Discovery Channel and find out more about Ed’s adventures at edstafford.org

Laura Bingham is attempting the world’s first descent of the Essequibo River in Guyana with team mates Ness Knight and Pip Stewart. Find out more at laurabingham.org