my brothers daughter has started self harming. She is cutting her arms quite badly and he is not sure what to do. She did stop for a while but has started again. I have toddlers so am really not sure what to say to him as i haven't got a clue about this kind of stuff. Anyone out there gone through this or can give me some thoughts to pass on. I think he has gone down the doctor route before.

Wow this is serous stuff
Self harm is an individual thing and should not be generalised
It is usually triggered by factors which are embedded and the person who is affected sometimes
does not want to share because it is personal and subjectively deep-rooted
Causes stem from simple things like not getting the affection they want (this is different from the care you ought to give) generally referred to attention seeking behaviour which for the life of me I donÃ¢â‚¬â„¢t know why it is given this negative stigma since everybody craves to be loved although the manner in which it is sometimes generated may be irrational, It could be as a result of trying to copy-cat friends who seems to be getting what they want each time they act in this manner. Other issues like abuse, inability to cope with structured rules (discipline), self esteem, family relationship are all possible causes. Whatever the cause (s) it may have spread to other issues since you said it stopped at some point and would need some sort of light counselling to start with and possible extend to other therapies in order to prevent reoccurrence 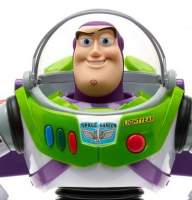 Dear Westwingfan ; apols for the delay in posting something i admit i've been on holiday and not near a pc 🙁

In my expereince self harm is actually more prevalent than we realise; and as koka talks about self harm is really an internalised expression of negative emotions (anger, frustration) against ones self or against others... There are several forms from intenational risking to the extremes of actual physical damage - cutting, burning, drinking harmful substances etc..

I actually had some questions / thoughts...

1. Has anyone asked her why? It would be good to hear her voice? And understand whether she sees it as a problem or not... Understanding the problem and her desire to 'recover' will be key... are you able to ask her,? could you support your brother to or is there someone else you think could help?
2. Does she know she is valued (just as she is)
3. Has she found acceptance in what many call an "emo" group - there is a whole set of kids out there for whom self harm has become part of their cultural identity. Often emo's can wear long sock like gloves with a thumb hole so cover up their arms and the evidence of the self harm..

In terms of what help you might be able to get for her (given she wants it!) some local authority areas have social services teams call "FAST" that are there for teens and typically offer short term (a number of weeks) support to get through an issue or find the right help, you could encourage her to talk to school or her GP to get a referral - or just pick up the phone and speak to them - unltimately she has got to 'want to recover'...

To my mind though the most important thing is not to get angry with her, but seek to affirm her value and understand the 'why' - is it something about herself or something about someone else??

Hopes some of this is helpful.. CHeers Buzz

i worked with women who self harmed for a while and the rule was that they would come and ask for a clean blade and then return it and have the wounds dressed and talk about how they felt etc. I can't begin to understand what makes someone do this to themselves but i think the "helping" them do it made me feel like i was sayinging it OK to do it. I appreciate that its better to make them safe but there must be another way. Would it be OK to help someone inject Herion in order for them to be safe too? i just don't know what i think anymore.

I hope your brother's daughter is now coping well ...perhaps it may be encouraging to others if you want to share your experience and how the issue was resolved (only if you want to)

hi chaps - update on the niece - well she is still self harming. I saw her arms a few weekends ago and they are covered in scratches and scars. My wife noticed some new cuts that could only have been a few days old. My bother said that he thinks she is now cutting on her legs and back as she was sitting oddly recently. Having chatted that through i think it more likely to be her buttocks than back and her upper thighs. I'm sad and mad all at the same time, esp as my younger kids asked me why X has big marks on her arms, how do you explain that to an under 5?

Question i have is this - is she crying out for help or is it just an attention seeking thing .... the wife and I (ok mainly her) have looked at several sites to try and find out more... its a huge thing when you start to look at it... she has another dr's appointment soon i think... and she smokes now too apparently !!!!

She is internalising her thoughts which means she is most likely to benefit specialist care before it spirals out of control. There will most likely be resistance from her regarding treatment and aspects of denial may also creep in from her parents which will results in not admitting to this method of treatment. Remember that no matter how much sites you look at or treatment models you read you should treat her as an individual and her needs will be different from the next person. There is no quick fix and to be positive may include Ã¢â‚¬Å“opening a can of wormsÃ¢â‚¬Â. There is no lost cause to things we do to sort out issues in our lives even when we feel it has not resolved them.

I have a friend, a close friend for that matter, who does the same thing as what your brothers daughter does, she keeps on doing it every time she felt depressed, at first, we usually tell her to stop doing it, but she does not listen to us. Until one time we, her closest friend decided not to interfere since theirs nothing bad going on to her, and she told us that she felt good after cutting her wrist, her depression would go away instantly.