Forums
Issues for Dads, by...
Legal Eagle
Just got back from ...
Notifications
Clear all

[Solved] Just got back from non-molestation hearing...

I've just got back from a hearing for an ex-parte non molestation order and thought I would share my experience. I found this forum useful while putting my case together so thought it was only fair to add my experience too.

My ex and I split around 6 weeks ago. We have a daughter together who is only a few months old. When we split, I was contacting her regularly about our daughter and when I could see her. Unfortunately my ex took it upon herself to ignore these emails. I was desperate, as I had promised myself and my daughter that I would always be a part of her life. Not seeing her was killing me.

After the non mol was served, the police followed up on the complaint, I was interviewed and they dropped the complaint, saying there was no harassment! Unfortunately it came too late as the order had already been served.

I'm sure you've heard this before, but her statement was full of lies, misleading information and inaccuracies purposely included to get the order approved. I live 2 hours away from her so I had to post my response supporting evidence.

I have just come back from the hearing after accepting an undertaking. I was unrepresented and prepared my case myself, although it was pretty useless in the end.

I read a short statement in court and the judge told me what I said was fair and reasonable. My ex didn't say anything. He said that contesting the order will take months, and doing so could cause more issues. I agreed because if I contested, my ex would have made contact with my child even harder, and I don't want my daughter feeling all of this unease and tension.

I instead agreed to an undertaking, and was then given contact with my daughter, which was all I wanted in the first place.

I'm reasonably pleased with the outcome, but still understandably upset that she took it this far.

Onwards and upwards. My advice would be to be clear in your head what it is you want. If it's simply to have contact (unsupervised or otherwise) then certainly consider an undertaking. If you're absolutely adamant that the court should do the fair thing and discharge the order, be prepared to have to wait a few weeks. Plus you run the risk of causing more tension. 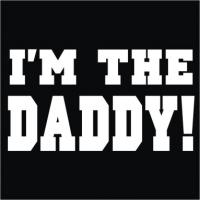 I'm not sure how I would play this one if it should come up on the basis I would feel that I was admitting to something I didn't do. I know that's not what it means but just myself I think I would have to fight it on the pure fact it would be lies., what if the ex then says that you have broken then promise to the court? I'm not saying what you have done is wrong I'm just curious as to how it works. Any one with some knowledge of the courts? Is this a good option if others are in this position?

I absolutely get where you're coming from. Believe me, it's played on my mind too. I've always been the type to want the right and lawful thing to be done, always.

The problem I have is more subjective. From the outside looking in I'd have the same feelings as yourself, and in lots of ways I do, but I had to take lots of things into account.

My ex is unfortunately a pathological liar. Something I only found out after she fell pregnant. She lied about going to university, owning a house, a family member committing suicide, her ex beating her up, all sorts.

I had to take into account that no matter how hard I tried to defend myself, she would always come back with more. I have to consider how this will impact my daughter. I don't want her growing up in an environment where her parents, although far apart, are always battling one another.

Also, and this helped a lot, the proceedings were all taped of course, and the judge stated "For the purposes of the tape, the respondent is willing to accept the undertaking, but this is not an admission of guilt, and he strongly denies all allegations". That made me feel a little better, but that's just me.

And lastly, all I wanted was to see my daughter, and the hearing ended with the judge requesting that contact arrangements must be made that same day. They were, and now I have access that doesn't have to be a contact centre.

So I feel as though I've won in a small way. The non mol is, in effect, not a non mol anymore, and I can see my baby!

my personal opinion is that if you are innocent, you shouldn't be admitting guilt.

Like I said in previous postings, I have a non mol and a restraining order running back to back and still got 50/50 shared custody.

I have always stood my ground and never admitted anything although i was found guilty in the criminal court of assaulting my ex.

A non molestation order or a restraining order need not be a barrier to contact with your children. It certainly wasn't for me.

What you tend to find is that if you keep giving in and dont stand your ground the ex will undoubtedly throw more fire your way in the future, as she feels she can get away with anything as you wont fight.

My ex now knows that regardless of the non mol, restraining orders, criminal convictions, false allegations, she can never stop contact between me and our daughter, as the courts and social services have ruled that i am no danger to the child.

As long as you can prove you are no danger to the child and you have the means/support to look after the child then nothing else really matters.

Well done, thanks for sharing.

@Thedaddy - if the ex tries to say the father has broken an undertaking - the best thing is to prevent anything happening....handovers in public places, some people record handovers on their phones audio, keeping communication via text / email etc and if there are further allegations you should be able to prove they are false.

What you tend to find is that if you keep giving in and dont stand your ground the ex will undoubtedly throw more fire your way in the future, as she feels she can get away with anything as you wont fight.

The "I just want an easy life" approach rarely yields results when dealing with a hostile ex. In reality, once such an ex learns that she (usually) can make baseless allegations and get results from it - it only "feeds the beast". Courts and the family justice system (plus a strong judge) will generally support the child's right to contact with both parents, and see through baseless allegations. And fathers should test this...!

Im in same situation but waiting to be charged. Seriously considered not turning up to the non molestation court as I didnt think I had a chance in hell in seeing the kids

Personally, I would turn up - at least you have the opportunity to dispute the case.

On the second non molestation his ex tried saying that he had breached the previous undertaking. Firstly the undertaking was out of date but they said she would need substantial evidence and said that even if he breached it she would have to have reported it within the timeframe of the undertaking.

Personally I do think having an undertaking against you puts a name against you even during child care proceedings but as previously mentioned, cover yourself, public handovers etc and just don't give a reason for your ex to attempt to say you've breached the undertaking.

I agree with others, not turning up shouldn’t be an option. Even if you feel it will go against you, if she doesn’t have any evidence to back up her allegations, you need to make that a point of record.

You can also make an additional application for child arrangements within the same case. The judge might not want to hear it until the non mol is resolved, but at least you will be getting it looked at sooner rather than later.

To make another application under existing proceedings you will need to submit form C2.

and how????? do you do that, prove your no danger, and have means suport to look after kids,?