Forums
Pub Talk Boards
Reviews (books, mov...
The Wire vs In The ...
Notifications
Clear all

[Solved] The Wire vs In The Night Garden

Unfortunately my weekend mornings of COD4 madness while the wife is asleep are long gone and I now find myself tending to the little man watching timmy time or in the night garden at 7 in the morning.

I've recently taken to watching box sets and having gotten through the first two seasons of the wire which I thought were ace. I want to know if its worth watching the rest of them. More often than not I find series tend to go rapidly down hill after the first two seasons. Can anyone let me know if the series stay's good. I would check online but I don't want any polt spoilers.

Does anyone else think 'in the night garden' is particularly trippy and as LSD infused as the magic roundabout.

I had to endure endless Timmytime and Night garden mornings myself mate,it's Lazy town and Peppa pig and the odd few minutes of Ben-10 now-a bit better to watch than night garden.. 😀 D

I agree though that night garden is a very trippy programme,to be honest though a few kids shows are pretty weird.

I sympathise as in the past my daughter watched hours of Teletubbies. 😕

Unfortunately it does not get better as they get older, now I endure hours of Wizards of Waverly place or until recently Hannah Montana. At the moment her guilty pleasure is re runs of "Friends" ( which I suppose is better than either of the above) 😆

If you think back the programmes that were watched a few years ago ( my eldest is 24) were no better but the difference is they weren't on day and night on specific children's channels.

Timmy Time: Brilliant. I believe this will go down in history along with Trumpton, The Clangers, The Woodentops, ...

If "In The Night Garden" is the answer ...what is the question?
- "What would you get if you locked Salvador Dali, Franz Kafka and Noel Fielding in a room for a weekend with a video camera, some crayons and fifteen bottles of Absinthe"

The Wire: This is without doubt the best, most intelligent series I have seen for years. I cannot praise it enough. Yes it's hard work, getting used to all the characters and working out who is who, what they do and what they are saying. BUT, it's worth it. The fifth series is as sensational as the first two and I highly recommend that you stick with it Outermost ...you won't be disappointed.

Also, check out Generation Kill, by the same people who did The Wire. Better than The Hurt Locker, by miles [ducks and runs for cover] 🙂 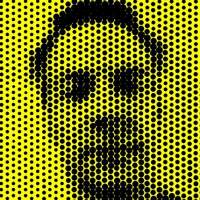 hi Outermost,
Sorry but I haven't watched The Wire ---- but i have trolled a few reviews specifically on season 3. The ones i read through seem to talk a lot about the overall program OR are totally riddled with spoilers!! I have carefully taken out the tinyist spoiler.. From the googling I did I belive these are a couple balanced reviews of season 3... I hope they help:

Though each season of The Wire has a definite beginning and end, the show as a whole takes the form of one long work of fiction. After dropping viewers into the middle of the Barksdale drug investigation case in Baltimore in season 1, year two threw everyone for a loop by moving the action to the ports. Although the protagonists were stevedores and union leaders rather than drug dealers, the writers cleverly continued the show's central thread throughout the season, weaving it in and out of the plot and beautifully setting up season 3. Much has been written about excellent writing, the compelling cast, and the blurred line between the good and bad guys (look no further than my reviews of season 2 and season 1), so I won't retread it at all here. Just know that The Wire's season 3 shows no sign of fatigue and makes no compromises. You either switch your brain on before sitting down to watch, or you'll be hopelessly lost.

The Wire is a smart show with convincing performances, strong storylines and powerful scenes. But it's a very slow burner. When they step up the pace, it's thrilling but they seem to have perversely chosen to shun anything eye-catching in most episodes. They demand a lot more patience from the viewer and, to be honest, they don't always justify it. Seven one-hour episodes before the wiretap arrived in season one gives you an indication of how this show makes you wait for the pay-off.

But that won't stop you watching. The intrigue and interplay between the police department, the street and City Hall is totally absorbing. Often funny, always intelligent and sometimes brutal it's an unforgiving portrayal of the frustrations of modern policing in an urban environment. Dramas within the police department are mirrored in the Barksdale crime family - the two storyline threads commenting on and complementing each other.

But if you switched on for The Professionals style rock 'em-sock 'em policing then you should stick with UK Gold. You won't get closure or a Case of the Week. This is your actual gradual unravelling of thematic concerns. They ain't looking to be up in this place for a minute.

Like Stringer Bell, they be playing the long game.

The worst thing about it: It's really, really slow.

The verdict on The Wire, Season 3 : Very HBO.

I am pleased [or am i saddened?] that there's a general theme of loosing out on gaming time (GOW3 hoarde for me) and a diversion into boxed sets! I favour Red Dwarf; Blackadder; Alien; Whose line is it anyway; and now I am having a time of watching films. Last night i watched Alien vs Predator 2. I watch the comedy etc when little ones are up and need tending - and films when they are asleep and can't see/hear.

Waybuloo is the one which messes my brain up - even more than the night garden.
The other thing I have recently started is downloading some favourites from the tv station and watching them on laptop: OOglies; Charlie and Lola; Numberjacks; Its provides very short and accurate viewing for distraction purposes - a great tool.

Thanks alot for the feed back on The Wire. I'm glad to hear that it stays good without having discovered any plot spoilers (Thanks for going thorugh the trouble on that one MrOrange). As for the reviews saying its a bit slow, whilst I see their point of view I think its actually better that way. It develops well and is more of a thinking mans show. I really like the grittiness of it all and the potrayal of police as real people with real problems.

Generation Kill is also a brilliant series which I managed to watch in my free time whilst I was off somewhere equally hot and sunny. Its scary to think that theres a good degree of truth in it - Captain America is one scary dude!

As for kids TV....i'm liking the suggestion of downloading favourite shows to the PC for a little tactical diversion when its needed. Gotta give that one a go I think (Thanks again, you know who you are).

Does anyone else get bored of trying to keep up with a series whilst on telly? I've noticed that I end up buying the box sets when its all over. Just purchased the Sopranos Season 2 as well so looking forward to that over the next few weeks. Still undecided on Dr Melfi....she's strangely attractive!

Laugh: I get so twitchy about waiting a week to see the next part. We end up taping (okay - HD recording!) both parts of a 2 part crime drama so we can watch then back to back or at least the next night. 🙂

For me I find some series are rather sloooowww and have even watched two episodes back to back but at double speed. It made up for the slow pace but was really difficult to understand when one character spoke rapidly in the first place.
So, to answer your question, yes I like watching several episodes of a series over say a week or two - even if it means I don't watch any of it for 2+ months.

The type of series I like is: Dollhouse; House; Fringe (but a bit slow); Wire in the blood; Waking the dead.
/Orange

PS.Thanks for the positive feedback.