Every couple argues. If anyone claims they ‘never argue’ then they’re lying, or living in a deeply unhealthy and ultimately doomed relationship. The important thing is to be able to resolve these disagreements in a constructive manner, without causing lasting damage to the way you feel about each other 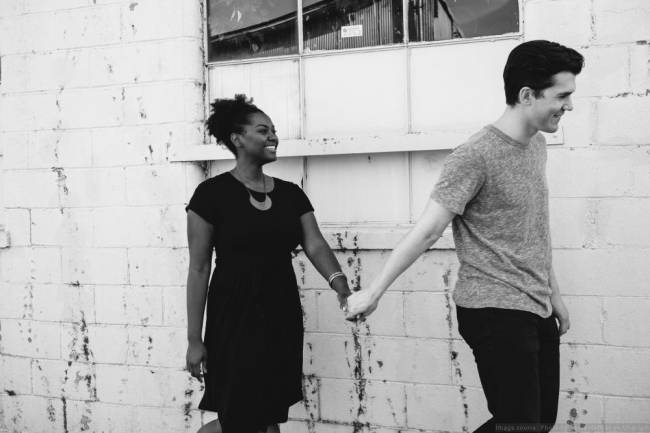 Q: Happy couples shouldn’t be arguing in the first place should they?

A: Yes. It’s not whether you argue that matters, since you’re bound to disagree on some things, or just simply want to pick a fight from time to time, it’s your ability to recognise an argument for what it is, not allow it to erode your basic respect for one another, and move on afterwards that really count.

A: Yes. When the red mist descends, it may be difficult to resist getting personal, and, as the two people closest to each other you’ll know exactly which buttons to press. But it won’t work. It may give you a seconds grim satisfaction, but it’ll lead to an emotional escalation of the argument, resentment, and the likelihood that nothing else you say will be listened to even if you’ve actually got a pretty good point.

Q: Should you be one hundred per cent honest when arguing?

A: No. It may seem like ‘honesty’ to you when you trot out every resentment, fault and mistake that you can think of, but to the person on the receiving end it’ll just feel like out and out attack. And don’t think for a second that you won’t be getting exactly the same hurled right back at you. Ten things that make relationships work in the long term

Q: Aren’t there times when you should just stand your ground?

A: Even if you think you’re 100% correct, try to make the effort to look at things from your partner’s point of view. This may be difficult, particularly in the heat of temper, but remember that for the vast bulk of arguments you have there isn’t really a ‘right’ and ‘wrong’, just different points of view.

Q: Won’t it seem weak if you apologise first?

A: You’re a man, so, let’s be honest, you can sulk with the best of them. A sweeping generalisation maybe, but when it comes to brooding silently whilst emitting waves of discontent, the male of the species tends to be streets ahead. However, letting an argument fester and linger can make matters worse, turning a small dispute into something larger and more damaging, as the argument itself – how long it lasts, who started it – becomes the focus of dis-content. Take a deep breath, count to ten and apologise first. A lot of the time your partner will leap at the chance to patch things up.

Q: Isn’t it best to just keep at it until we’ve reached an agreement?

A: No matter how close you are, there will be a number of things on which you’ll never agree. It can be damaging to argue over and over again about a topic on which you both feel equally strongly and upon which you simply can’t give ground – whether it’s the major things like politics and religion, or your partner’s inability to comprehend your love of Norwegian Thrash Metal. Accept the differences between the two of you and the fact that they might actually make you stronger as a partnership.

Quick Tips: Don’t deliver ultimatums, resort to sarcasm, contempt or blame to express your anger, reject all attempts to make the peace.

Do Compromise – very few things are worth either of you being unhappy. Decide what you’re really arguing about – is it the state of the kitchen, or the bad day you had at work?