Ten things that make relationships work in the long term 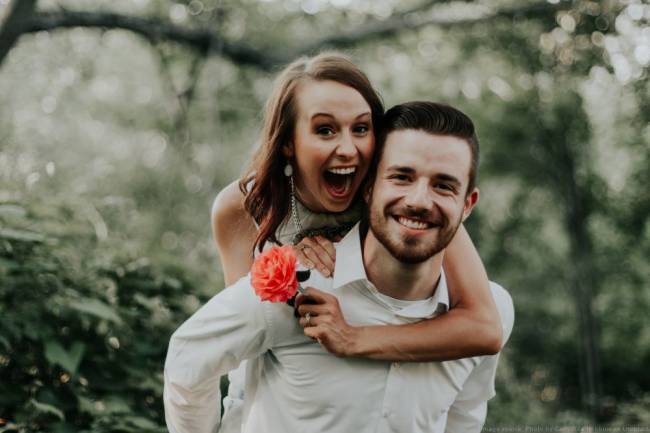 One. Choosing the right person

Sounds obvious, but it’s easy to get blinded by the heady combination of love and lust that marks the beginning of a relationship and overlook any problems. You’re not going to change her, nor she you. If there are any character traits that jar at the early stage, that will only magnify.

Any problems with drugs and alcohol, or emotional instability will have to be discussed and dealt with now, or they will become insurmountable. If she objects to any of this, cut your losses.

If there are any problems in the relationship, seek help as soon as they emerge. Professional help, family help, on-line advice – any objective input can be helpful. It’s not a sign of weakness; in fact it’s the reverse. Burying your head and hoping things sort themselves out is the weak thing to do.

All couples argue, and almost always about the same things – money, the kids, sex – the danger signs are when couples stop arguing. Silence, resentment, contempt, these are the things that will kill a relationship, not honest disagreement.

All happy couples have about ten or so irreconcilable differences. Learn to accept that there are certain things – trivial, like your taste in music, or bigger issues such as religion – about which you’re just going to have to agree to differ.

If you’re going to argue, and we’ve established that’s no bad thing, then learn how to make up afterwards. Stupid jokes, sarcastic remarks, half-heated apologies, the ability to laugh at how ridiculous you were probably both being, it doesn’t matter how, as long as you make the effort.

Make time for your relationship. Don’t assume that as long as you love each other everything’s going to be fine. Neglect something else – work, sport, your social life – to spend time together just talking. Don’t just assume you’ve both still got the same aims and expectations, people change over time, so make sure you’re both certain exactly where you’re going.

Ok, not literally. But, it’s easy, once you’ve got kids, to find that your entire life revolves around them and their needs and that those of you and your partner take a definite back seat. Make sure not every conversation is about them, that not every single weekend is spent ferrying them from one activity to the next. And don’t feel guilty – seeing the pair of you happy and involved with each other will be worth more than all the piano lessons in the world.

A vital part of any relationship. The trick is not to just assume it’s going to happen. Bear in mind a lot of the above tips and make the time for the two of you to be together. Send the kids on a sleepover, book a nice hotel room. And don’t worry if your sex life does ebb and flow, that’s normal, especially once kids come along. Just make sure you’re aware of it, and don’t just silently put up with it.

Don’t put up with bad behaviour. It won’t lead to a quiet life; it’ll lead to entrenched habits. If your partner does something that’s thoughtless, hurtful or neglectful, pull her up on it, and expect her to do the same to you.

When you first meet someone you go out of your way to be polite and courteous. Over the course of a long-term relationship this can drop away. Don’t let it. Simple, everyday courtesies are easy to maintain and provide a low key but effective way of letting your other half know that she’s valued and cared for. The same goes for those little things – touches, kisses, hand-holding, small, inexpensive gifts – that long-term couples can sometimes take for granted to the point where they stop doing them.