72 Hours in Amsterdam – What Could Go Wrong? 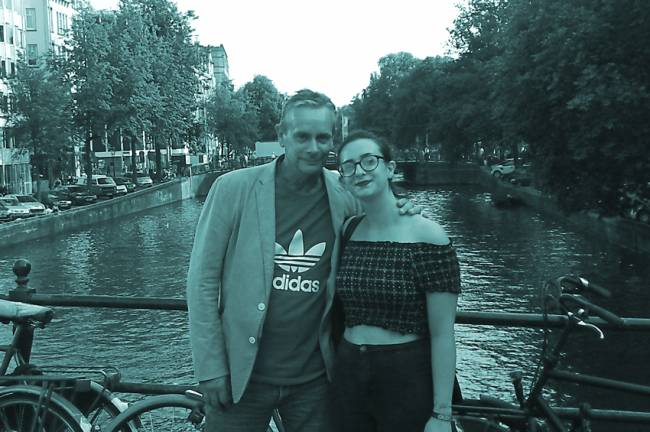 In the space of 72 hours, I learned a valuable lesson…

My youngest daughter had just finished her second year at university in England, and had the chance to study for a year abroad at Amsterdam University.

“How marvellous” I thought. “What an opportunity for her, experiencing life in another country, taking in a different culture… what could go wrong?”

I was quite proud of my level-headed, rational reaction, especially considering that there’s definitely a danger of us parents doting on the ‘baby’ of the family, the last born, just a little too much. Sometimes we simply can’t help ourselves – we smother them, and treat them as if they’re ‘forever young’.

Sadly, my ‘cool, calm and collected’ approach didn’t last long. ‘Worst-case’ scenarios started playing in my brain, but I really started to panic when I realised that my daughter would be going to the Reading Music Festival and just 24 hours after coming home, we’d be moving her to Amsterdam. She’d bought the ticket for Reading over six months before we knew about her move, so it couldn’t be helped, but it wasn’t great timing.

So before the Reading trip, I tried to plan everything out so there would be nothing else to do on her return, except rest for a few hours before getting up at the crack of dawn to drive to the airport.

UNDERSTANDING IS A MUST

She, quite naturally, wanted both her mother and father to be involved in her move to Amsterdam. Her mother and I divorced over 10 years ago.

This might be fine in any other situation, but since her mother and I divorced, I’ve remarried.

Telling your wife that you’re going to spend three days in Amsterdam with your ex-wife involves quite a lot of trust. Luckily for me, my wife is a patient and wise human being.

After looking into all the things that had to be organised, we decided to book a small hotel and spend two nights there and fly back at the end of the third day.

Plans were quickly discussed and hatched. Do we drive over there, or should we fly? After finding out it would take nine hours on the ferry, it was decided that flying would be the way to go: 50 minutes flying time, 20 minutes on the train and we would arrive.

So, my daughter went to Reading to enjoy the festival (which, apparently requires no sleep, awful food, dodgy music and the chance of being washed away in a flash-flood).

FAUX PAS NO.1 – THE NIGHT BEFORE

I suggested that we take three large suitcases for the hold luggage to carry all of our daughter’s possessions, and we would just use our hand-luggage for our clothes, etc. The night before we flew, I popped ’round to her mother’s house and took an empty suitcase to be filled.

“Whatever you haven’t packed, you can put in this suitcase,” I casually mentioned in conversation, at which point my daughter and her mother announced that they hadn’t got a single suitcase between them!

I was staggered (which of course meant, I flipped). I had organised everything, and they couldn’t even organise a suitcase each! My ex-wife retaliated and a row ensued. Apparently, they would make a few phone calls and ‘find’ a couple of suitcases… I was ‘over-reacting’ and told to calm down. But by that time, I’d already lit the touch-paper – I had ruined my daughter’s last night at home.

But in spite of becoming the ultimate Google Map Junkie, we still managed to get lost. The first evening we boarded a tram and, somehow, ended up in a suburb outside the city. Upon realising this, we alighted the tram and seemed to be in the middle of nowhere. Not wanting my daughter to panic, I frantically searched for the correct tram spot to get us back into the city. This of course really meant that I ran around like a demented banshee getting hotter and hotter under the collar, blaming everyone and everything for the fact that I had got us lost. All the while my daughter sat calmy, watching her father descend into madness.

FAUX PAS NO.3 – THE MIMICKING DISEASE

For some years, everyone in my family have laughed at the fact that, whenever I talk to anyone who isn’t English, I somehow end up speaking with the same accent as them. I know what you’re thinking, but despite being aware of this, I simply can’t stop doing it. So before I knew it, both my ex-wife and daughter were mocking me everytime I spoke to a Dutch person, asking for directions. Now, any other time it wouldn’t have bothered me, but on this occasion my one goal was to ensure that everything went smoothly – so this time I was  bothered, especially because after all, wasn’t it me doing all the hard work and organising everything? Yeah, right!

Day 2 – after walking for miles (or so it seemed) we finally found City Hall. Apparently, City Hall seemed to be a generic name for any official council building and we were at the wrong one. It turned out we had to register at the local City Hall in the suburb where my daughter would be living.

Day 3 – we did the ‘dry run’ to the university and set out with the Google Map print-outs. While my daughter went inside to register, her mother and I sat on a bench outside. I thought it was odd that this university building was in a suburb and not in the centre of Amsterdam but quickly dismissed the thought. Then I absent-mindedly started staring at the logo on the side of the building. It suddenly dawned on me that this didn’t look at all like the logo on the official website. We were at the wrong place again – this is a college.

DUTCH COURAGE AND THE REALISATION

Our trip over, we bade our farewells to our daughter and headed to the airport, before sitting on the runway for an additional twenty minutes, waiting for a drunk businessman to be persuaded to leave the plane. Still, I felt strangely calm. In spite of my obsessive zeal in trying to make the move for my daughter as smooth as possible, I got it wrong … at every turn. It turns out she would have probably been fine if she’d have travelled over there on her own. She seemed to be the only calm person on the trip, even when her mother was scolded by a prostitute in a ‘window’ for taking photographs (she was actually taking a picture of the Hangover Shop next door). 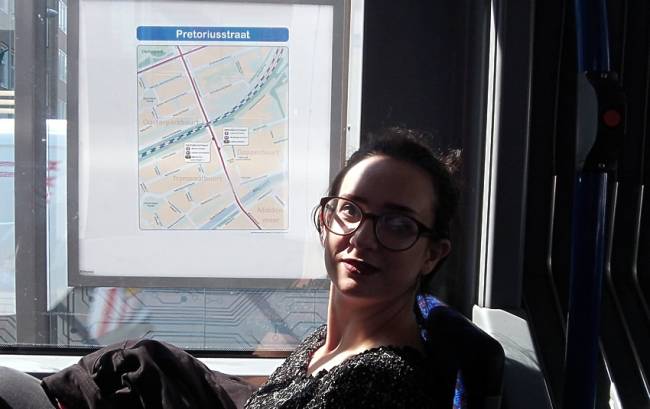 My daughter did just fine – striking up a conversation with a waitress in a café and nailing a part-time job, chatting to a taxi driver who agreed to sell her a bicycle, helping a Turkish student at the local train station understand the ticket system and, as it turns out, gaining a great sense of direction (no Google Maps for her). On discovering the mains charger on her Mac had broken the day before her first lectures, she navigated her way on the tram network to the other side of the city and found the Apple store, where she bought another charger, ready for the first day at university. 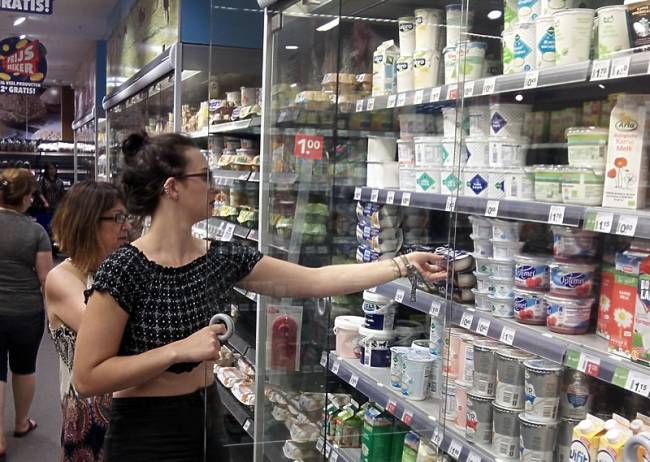 In short, she proved time and again that she’s an intelligent and sophisticated 21-year-old who is making her way in the world and finding her feet.

Summoning the courage to spend a year abroad, in spite of feeling initially nervous and regardless of her over-bearing father, she’s making friends, finding work and furthering her education in this most liberal of beautiful cities.

But perhaps most importantly of all, in the space of 72 hours, she made her father realise that she’s not a little girl anymore. Apart from the odd glitch… I think it’s finally sunk in…