A New Life is Born

Jack Morris from new fatherhood movement, Being Mankind, has some tips for expectant dads and more…

My single biggest tip for any expectant, first-time father would be this – expect the unexpected. Hey, expect the expected too.

Aged 28, and a newly married man, I walked out of my job and found myself unemployed for the first time in my adult life. It wasn’t just any job either. I was a Police Officer of seven years, a ‘job for life’ as society would have you believe. Well paid, respected (depending on who you’re talking to), a career to make your parents proud and impress new in-laws.

The general response was, “You’re going to be a stay-at-home dad, that’s cool, lots of guys do that these days”. Just one slight problem there. When I left work I didn’t have any children, and we weren’t expecting any either. I was simply a stay-at-home man.

So what does a stay-at-home man do? Well, the same things a housewife does, I guess. The dynamic of our relationship has always been that I do all the cooking, and I don’t think my wife would put up any argument if I said that this is because I’m much better at it. The commitments imposed by my wife’s work means she is glad to have me there each evening, rather than coming home at all hours, sometimes not coming home at all. I bake, I clean, I organise house affairs, budgets and bills. I have dinner ready for her return every day, and I clean up afterwards. I’m a support network of one.

Do I feel any less masculine because of this? Not in the slightest. To say men can’t look after the home for the good of their family would be as narrow-minded as saying women shouldn’t be offered the same opportunities as men in the workplace.

A rather gross selfie taken six months into our marriage, complete with pee-covered stick, marked the second pregnancy test of that week. This was due to a very rare occurrence in our relationship – I was actually right about something. Despite having all the symptoms, my wife had ignored the instructions on what stage of the cycle to take the test, and our first result had been negative. Never argue with a guy about a battery-operated gadget. One point to me.

I spent the whole morning being unnecessarily cautious and caring, peaking a little too soon as the supportive husband considering the nine months ahead. That afternoon I went out to buy vitamins, decaf tea and coffee, and ordered a pregnancy bible on the internet. Sadly, it turned out my wife doesn’t like decaf tea or coffee, so I’m still gradually playing Tea Roulette with myself until they’re gone.

Four months in, and our little sprout was growing well. As an ex-cop I’ve seen it all when it comes to bodily fluids, and have had most of them on me at one time or another. I liked to think I was pretty well set for it, and in some ways I was. Watching my wife suffer morning sickness at point blank range was no issue, but the emotional drain was huge.

Despite my protests, we didn’t discover the gender. When we had our first scan, my wife refused to find out. She wanted something to push for. My one and only window of opportunity for the next 20 weeks had just sailed on by like Halley’s Comet. I always thought that deep down every man must want a son. A little boy to do boyish things with, like build forts and climb trees and go camping. A little version of themselves. But then girls can build forts, and climb trees, and go camping too. Especially if she was my girl. I had learned enough from my own experience not to put our child in a box.

In July 2015 I was officially promoted from stay-at-home man to stay-at-home dad. It took 26 hours from contractions in a restaurant, to our son Toby taking his first breath. And there our next little adventure began.

My wife runs a successful business and has a baby – some might say she has it all. But does that then suggest I have nothing? My wife is the perfect mum, and our home life strikes the perfect balance. Having it all, it turns out, is all about what makes you happy… and we couldn’t be happier.

Being ManKind is a new movement that hopes to address the unique issues that men and boys face in the 21st Century. The book is an inspiring collection of stories told by men from all walks of life. For every copy sold, one is donated to a school or youth organisation to give children the chance to start this conversation from an early age. Read more of Jack’s articles at thestayathomeman.com. 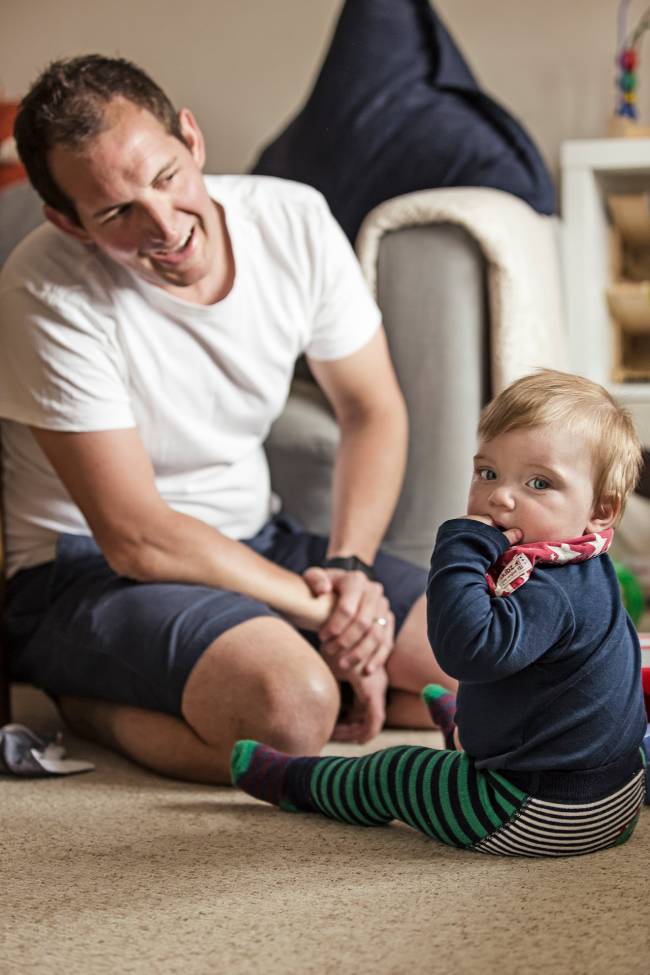