DAD.info | DAD BLOGS: Guests | Coming Out When You’re A Parent

Coming Out When You’re A Parent

‘Coming out’ as homosexual to your wife and kids isn’t easy but, says Director of A City Law Firm, Andrew Spearman, it’s time to stop holding your breath and start living life as the real you. It is already a big decision, but does having kids make that leap for homosexuals to publicly ‘come out’ even harder? Of course. Does it make people pause and continue to put what they believe to be their children’s best interests ahead of their own welfare? Of course. Does that mean it’s right? Of course not… 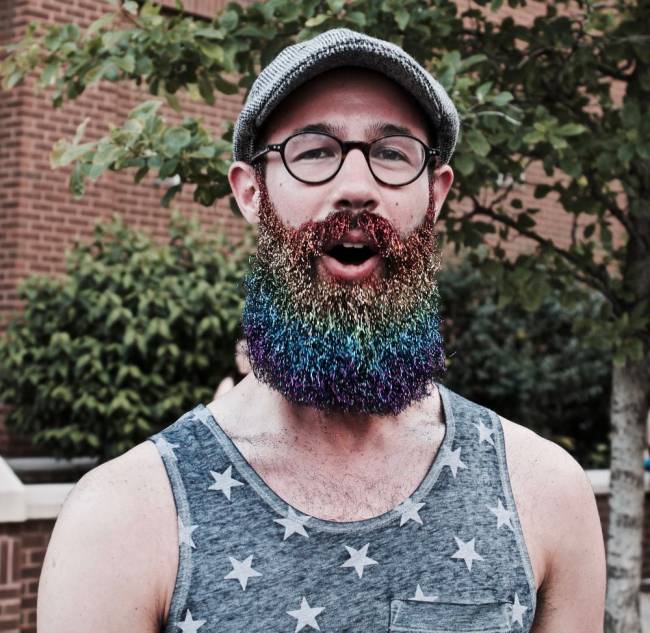 Instead of spending time with your children and giving them the real you, the honest truth, you spend your time holding your breath and waiting, worrying and deflecting attention.

“But however it is presented, turmoil was – and is – to be expected. The result of coming out to your spouse or partner is usually some form of matrimonial breakdown and consequential divorce and arrangements for the children.”

It took a gay, Iranian man, a father of three, to teach me just how profound this self-acceptance is and how important too. I will always have a lot of respect for him in not only coming out but challenging those stereotypes and taboos. But however it is presented, turmoil was – and is – to be expected. The result of coming out to your spouse or partner is usually some form of matrimonial breakdown and consequential divorce and arrangements for the children.

Enter, stage left, my all too frequent involvement and advice. The separation and resulting arrangements can lead to a disruptive period of time for the children too while parents make plans. Older children may be more involved and vocal, but more commonly the parents remain the adults needing to sort this out too. As we all know, a change in a child’s routine is distressing for everyone involved, so initially there is likely to be resentment when the cause of that change becomes clear; but that is all it is… a ’cause’, not a justification or forever a sword of Damocles to be held over you. It is not a justification for the kids to spend less time with you. It is not a justification for the children to miss seeing how much happier you are now, too. It is also not a justification for derogatory comments about you in front of children.

It is saddening how many clients I meet who have their sexuality used against them by the spouse in some way, be it directly or indirectly. In each case, I remain firm in my advice and the process of the family courts to resolve disputes (should they regrettably even get that far). Self-acceptance and confirmation of one’s homosexuality are not to be feared in any form, and parenting is no exception. The family courts are resolute in ensuring discrimination is discouraged and accepts various, child-centred family structures in a modern world. A disgruntled ex-partner who takes issue with your sexuality will be given a very short shrift from the court.

“Homosexuality is not a risk and plenty of studies now show that children who grow up with same-sex parents are happy, well-adjusted and intelligent young minds.”

Children who have had two parents will continue to have two parents as surely as the planets continue to orbit the sun. The family courts have a single guiding principle: the welfare of a child is paramount and having a relationship with both parents is an integral part of that welfare. Homosexuality is not a risk and plenty of studies now show that children who grow up with same-sex parents are happy, well-adjusted and intelligent young minds. Instead, it is animosity and degrading language from the other parent of a child which is shown to be more toxic and damaging to that welfare.

I don’t pretend or even wish to make light of how difficult it is to tell your spouse or partner you’re gay or navigate the path to accepting your own sexuality. But please don’t use the children’s welfare, or fear of not seeing them again, as an excuse to continue to live that lie. The courts will not permit any discrimination to prevail: it is the child’s right to know you, and have a relationship with you, too. The previous President of the Family Division observed that the truth, in whatever form and however uncomfortable it may be, is the only fair outcome.

So here is both my professional and personal advice: if you really fear that sword being used against you, know that justice is the shield to protect you and your family. In the case of my Iranian client, he tackled head on the vitriolic ex-spouse and cultural issues, but to this day champions it as the right decision – and he is closer to his children because of it. It’s time to let go of that breath; it’s to live a real life and one in which your children can have the chance to love the real you.

Andrew Spearman is the Director of A City Law Firm.