Six of the best Halloween games

For pint-sized ghosts and ghouls everywhere, we pick six of the best horror-tinged toys and games… 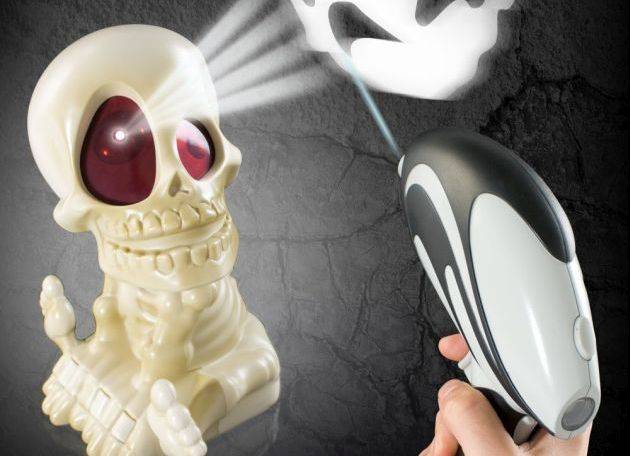 While you can never underestimate the joys of seeing the little ’uns dressed up in weird stuff to go trick or treating, there’s as much fun to be had indoors as out come Halloween. This little lot should keep them engrossed (or just plain grossed-out) for hours… 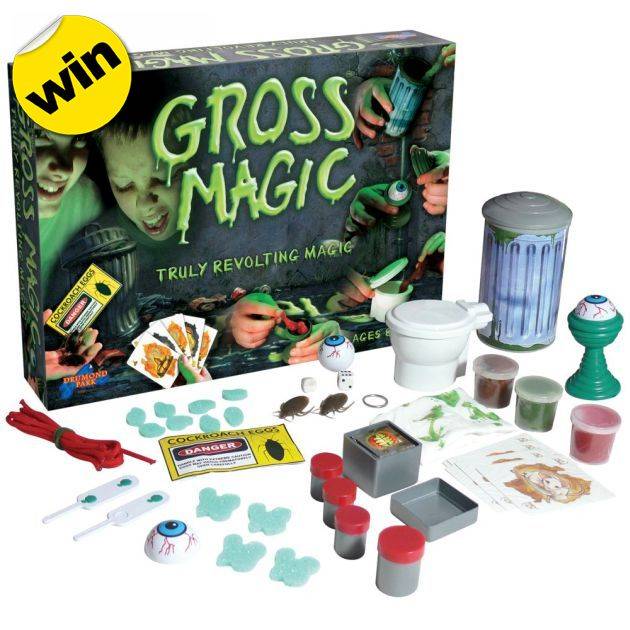 Forget your bunny rabbits pulled out of hats and an endless parade of silk scarves yanked from an inside pocket; these tricks feature snot, slime, dandruff, toenail clippings, squashed eyeballs, cockroaches and, oh dear lord, a toilet full of poo. Don’t worry – they’re all illusions (sort of!) from this, the UK’s best-selling magic set. Featuring some seriously sick tricks, Gross Magic includes the ‘bad-breath’ card trick; a miniature magic toilet (for the poo, obviously); one very realistic plastic cockroach, ready for you to conjour from a bin; several tons of industrial-grade snot; plenty of blood, and more besides. More Weasley’s Wizard Wheezes than Magic Circle, this set’s not for the squeamish.

We’ve got three sets to give away! ENTER NOW 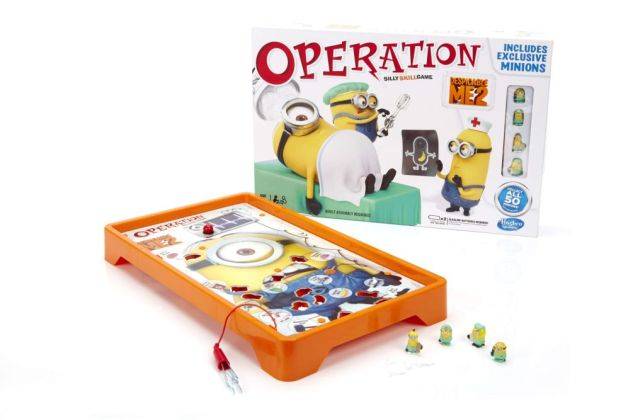 The game of Operation, where you get to skilfully (or-not-so-skilfully) remove plastic bones and organs from the body of a cardboard man (lying strangely awake on an operating table), without setting off his big red nose of a buzzer, has been around since 1965. The man on the table was nicknamed Cavity Sam. And while we feel the manufacturers have missed the horror showboat by not producing a Frankenstein version (c’mon, Hasbro!), there have been other variants over the years, including Shrek, Star Wars, The Simpsons, Spider-Man, The Hulk, SpongeBob SquarePants, Toy Story and this, the best of the tie-in bunch: Despicable Me 2. Minions abound!
Despicable Me 2 Operation Game (ages 6+), £19.99. hasbro.com

Technically science rather than horror, but no less icky because of it, we have not one, not two, but three bits of kit in these: the John Adams Beating Heart Kit, Eyeball Dissection Kit and the Zombie Hand Kit. With the former, you get to hold a beating heart (not a real one, we hasten to add, but a wibbly-wobbly rubbery one) in your hands and fill those squidgy heart chambers with blood. With the Eyeball Dissection Kit, you get to grow and then slice open your own squelchy eyeballs. Finally, you can create your own oozing, maggoty zombie hand (OK, not quite scientific on this last one), built from the bone up and then, once again, slice it open for investigative purposes. 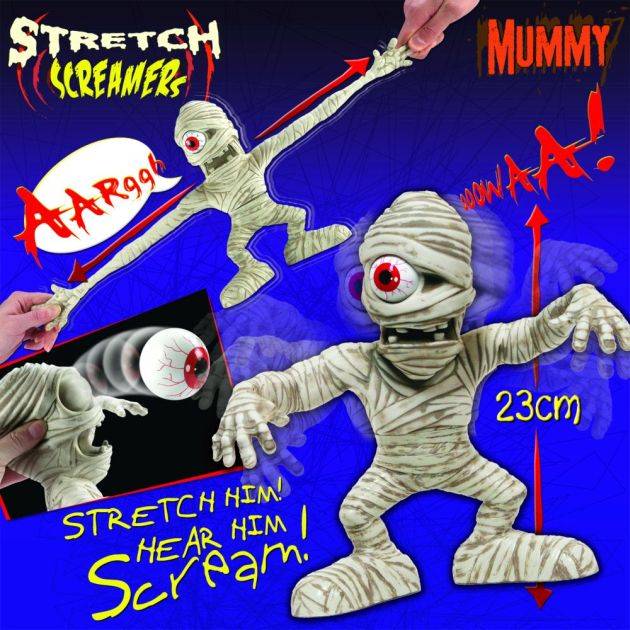 Dads of a certain age may remember Stretch Armstrong – a huge, hulking, stretchy action figure, first introduced in the mid-70s. His biggest feature wasn’t that he was a muscle man in a very tight-fitting pair of shorts – it was that he could be stretched and pulled from his original size of about 38cm to a whopping 1.5 metres! The Mummy Screamer is a lot like that (minus the shorts, plus a lot of bandages), except he stands about 23cm tall and screams “Aaargh!” when stretched. Also, his eyeball pops out. Poor mummy! Battery operated and with a variety of screams and sound effects, kids totally love it. But beware: the eyeball is easy to lose. Also available as a Frankenstein and a Ghoul.
Stretch Mummy Screamer (5+), £35 thevideodrome.net 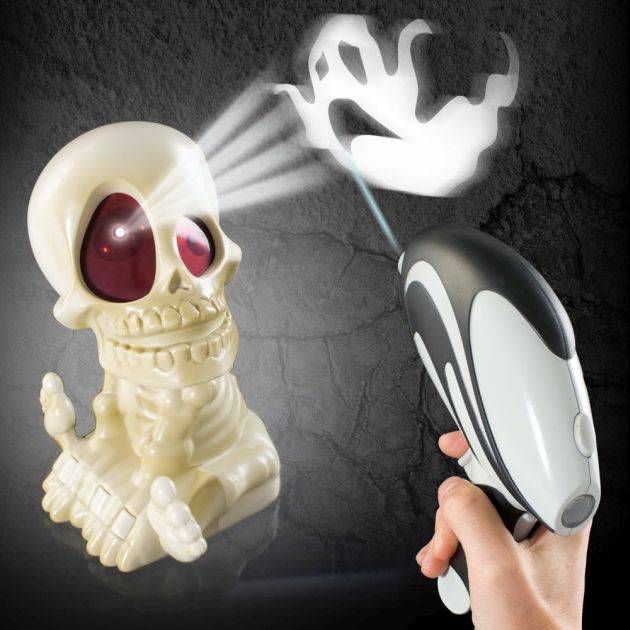 Billy Bones is a skeletal projector that projects phantoms and other ghoulish characters onto the walls and ceiling of your home. The aim of this ghost game is spookily simple: use the infrared laser gun to blast away as many spooks and spectres as is humanly possible. Whoever shoots the most ghosts down will win the game (and your gun keeps score so you don’t have to – a handy feature for those who are a leedle trigger-happy). When each ghost gets busted, Billy Bones screams and cries in triumph. Whatever your reservations about toy guns, there’s no denying this is adrenaline-pumping fun!
Ghost Hunt (ages 5+), £29.99 (batteries sold separately). firebox.com 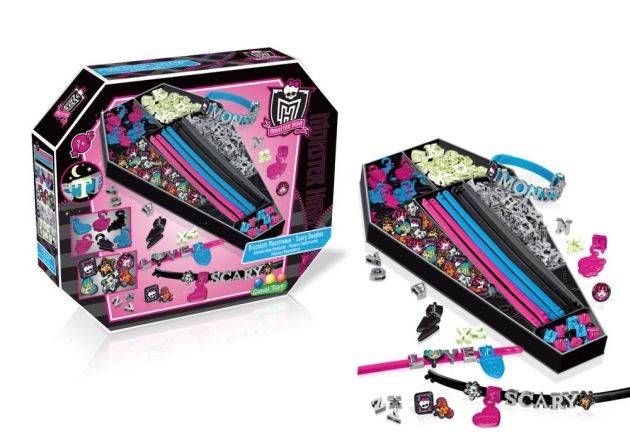 Never, ever underestimate the power of a bangle to hold your daughters spellbound for hours. This set is based on Monster High, the fashion doll franchise that is, in turn, based on, well, monsters. Monsters from film, TV, literature and so on, and featuring the offspring of Dracula, the Creature from the Black Lagoon, The Mummy and more. There’s been loads of TV tie-ins, but look out for the musical movie, set to hit the big screen sometime in 2016. However, for now, there are dolls, play sets, key chains, stationery and, or course, these bangles, which feature Monster High charms and letter beads.
Monster High Scary Bangles (ages 3+), £6.96. toysrus.co.uk

Check out more great Halloween games on DAD.info and let the spookfest commence!