Interview: Jason Manford on How To Answer Your Kids’ Trickiest Questions

What do you do when you’re faced by the daily onslaught of new (and sometimes awkward) questions by your ever- inquisitive child? Admit it, most of us struggle to come up with a suitable answer to everything, but hit pre-school animation, Daisy & Ollie, is embracing those questions in a unique way. Comedian and father Jason Manford – who is the show’s executive producer and co-writer, providing the voices of Daisy’s daddy and Whizzy the Robot – gave DAD.info a few tips on tackling some of the trickiest kid questions… 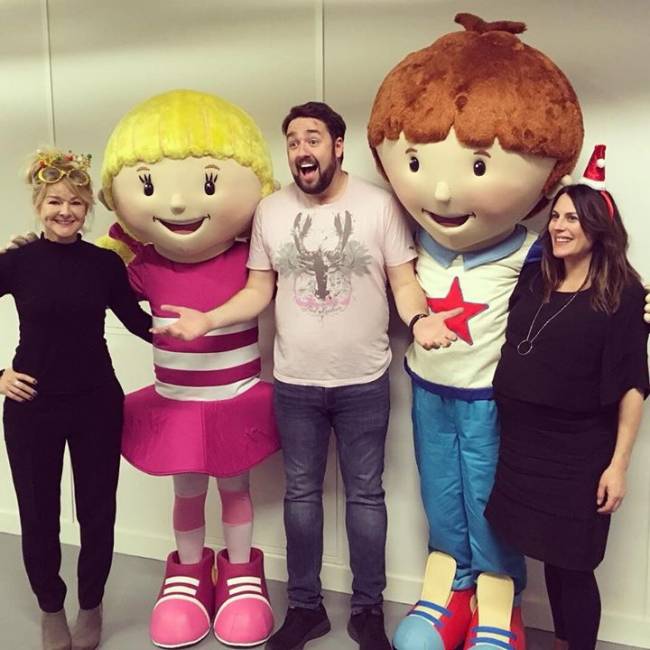 Where do babies come from?

Well with my older girls, who are eight years old, I have always gone with the classic comeback of, “when two people love each other very much they sometimes decide to have a child together…” and then I’ll just leave it there. Just open.

I did tell my girls how babies came out of the womb once, and they actually laughed at me like, “oh here he goes, joking again!”

But I think you just have to keep it pretty simple and focus on the love aspect.

Well I would just tell them that unfortunately, they actually POO sausages.

They are not laying them like a chicken does with an egg, they are just pooing them. So, its up to you if you still want to eat your sausage buttes, but I know I still do!

If we can’t talk to strangers, how do we meet people?

I think a good answer for this is, you can only meet new people via a third person you both know. That’s the only way, because you can’t talk to strangers. And if you’re girls, you’re not allowed to talk to boys (that’s what I’ve told my kids)! But yeah, if you can find a friend you both know, I think that is the best way to make friends.

I think that is better than wandering up to people in the street and talking to them, however one of my daughters is very friendly and makes friends wherever we go. I think as much as it’s important not to talk to strangers, it’s also good to remind them that there are more nice people in the world than there are bad people.

Is that a man or a woman?

This is a tough one and I have been there a few times where you have been in a shop and this has happened. Firstly, I think you need to try and not show you’re mortified and offer a quick apology to that person and just explain that they are only four or five, or however old they are. And then I think with the child, I’d just tell them it doesn’t matter to you, your day is still the same irrespective of whether that is a man or a woman, so don’t worry about it. Then I’d suggest just quickly finding a Kinder egg to take their mind off it. Distract them with chocolate, quick!

How do snails work?

It’s like getting the best house, and then there are nice shells in nicer areas and then rough shells in rough areas. Once a snail has had their shell for a bit, they think about moving on to a nicer area and getting a bigger shell, so it’s important to know that the price of shells can go up as well as down, it depends on the market!

My only answer for this question is… exactly how YOU would imagine him or her to be. I would say definitively a beard though, irrespective of whether God is a man or woman – a big, white beard!

Why do people have different skin colours?

Ah… that’s a good question because kids do ask this and we did actually cover this topic in an episode of Daisy & Ollie.

It’s all to do with a substance called melanin and a person’s skin colour is determined by the amount of melanin that is in his or her skin.

People who have different backgrounds and a history of grandparents and great grandparents who were born closer to the equator, where the earth is at its hottest, needed melanin to protect their skin from the sun. And people who live further from the equator such as people in England, don’t need as much melanin in the skin, which is why they have lighter skin.

So, depending on your family’s geographical history, some people’s skin will be lighter or darker than others.

What came first, the chicken or the egg?

I think from what I have actually read, it was the chicken that came first from evolution and the egg was something that the chickens eventually developed. Like a party trick!

How do clouds float? 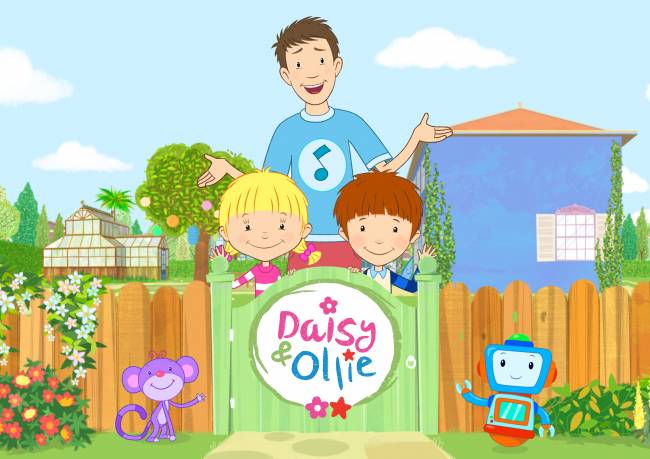 Watch new episodes of Daisy & Ollie Monday to Friday at 4:30pm on Cartoonito (Available on Sky 619, Virgin Media 706, BT 488, TVPlayer Plus). Find out more about the show at daisyandollie.com