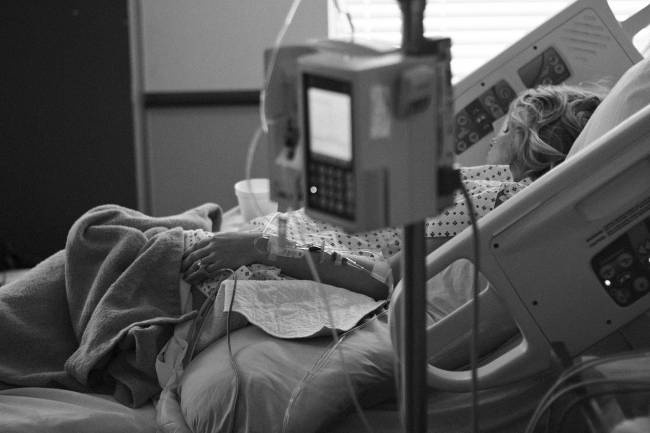 After an agonizing 16 hours watching my wife in labor, nine months of excitement turned to frustration. The epidural didn’t work and Emily felt extreme pain with every contraction.

Stuck at 8 centimeters dilated, the look in my wife’s eyes said it all. We decided we would have a C -section. I finally started feeling some of the anxiety melting away. I’d been told C Sections were routine surgeries.

We were in the clear.

Finally, the doctors and nurses arrive. They wheel her out and I changed into my scrubs and put a country music playlist on and felt like a kid on Christmas morning. Very soon Emily would be out of pain and we would be holding our son.

I headed into the operating room. It is eerie being in a room with so many doctors and nurses and my wife lying on the operating table. I kept waiting for them to pull my son up so I could look at him. 5 minutes goes by. Then, 25 minutes have gone by and still no baby. This was supposed to be a quick surgery. All I saw when I looked across the table were doctors that appeared to be struggling. Emily seemed out of it.

The anxiety went away when I heard my son crying. They pulled him out and held him up. My first thought was, “I’m a Dad. He’s actually here”. I was beaming with joy and looked at Emily to see her reaction. She looked dazed. 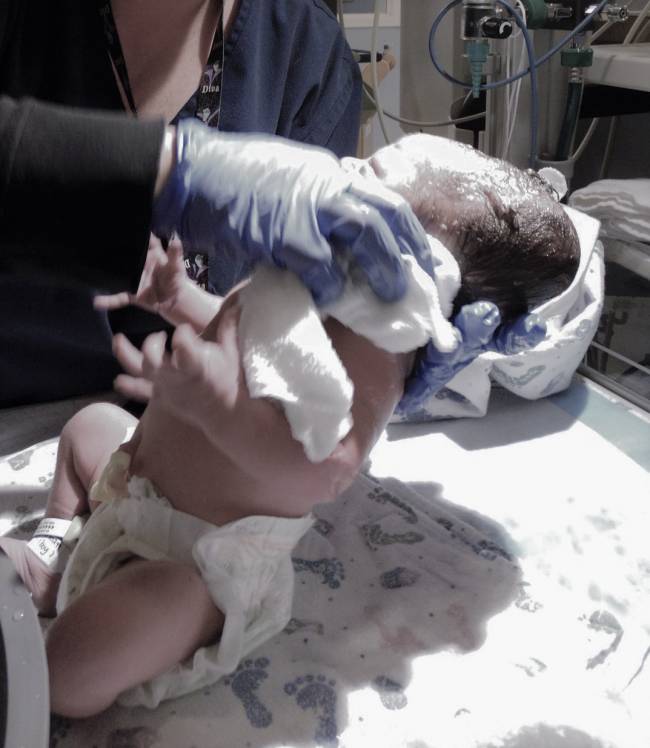 Alarms went off on the monitors behind me. The nurses started whispering and I could see Emily’s blood pressure dropping rapidly. I asked, “Is she okay?” I got an unsure look and an “I think so”, from the nurse. They hand me my son Wyatt. All I wanted was Emily to look and see our son, to see her smile. A minute later, she seemed to stabilize and the doctor asked me if I wanted to put Wyatt on Emily’s chest. Things declined rapidly. The beeps continued and her blood pressure was dropping into the 60’s. Emily faintly said, “Take him off me I don’t feel good,” All of a sudden, the blood pressure dropped to 45.

“Get dad and baby out of here right now”.

The nurses rushed Wyatt into my arms and into a side room. All I remember hearing was the doctor yelling “Get dad and baby out of here right now”. The doctor kept asking if I was a proud dad and telling me how excited I should be that my son was perfectly healthy. I am ashamed to say I hardly even looked at Wyatt. I kept trying to sneak peeks into the operating room. I saw a team of doctors run in and saw a surgeon sprinting down the hallway. I ask the nurse, “Is she going to be okay?”- She said, “They are doing all they can. Take care of your son.” I thought to myself that this would be my last memory of Emily and my first memory of my son’s life. What an awful and beautiful moment.

They then took us to the nursery and asked if I needed anything. I said that I needed to know if my wife was okay. The nurse I was with looked at me with tears in her eyes and ignored my comment. She then brought me three packs of crackers and two cokes. I stress ate and drank everything in front of me. I looked at my son’s fresh face and cried my eyes out for almost a half hour. Every time the loud speaker went off, I feared the worse, “Attention, cardiac code in the ER…. Attention, code blue in the NICU”. I kept waiting to hear a code called in labor and delivery. 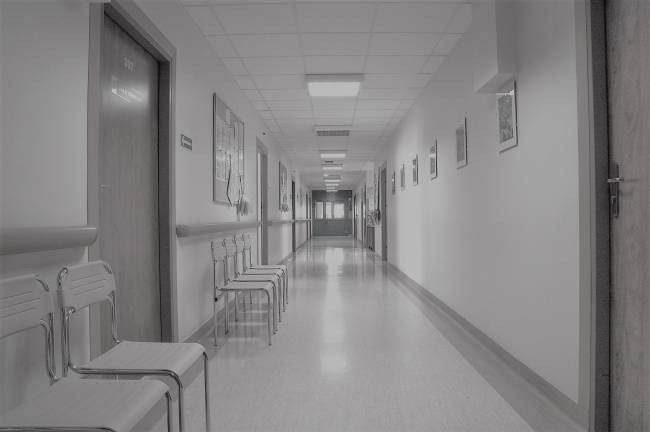 An hour past. I had come to terms with the inevitable. I was going to have to raise Wyatt alone. I was going through a mental checklist to help me feel some sense of control. I would sell the house, quit my job, and either move back to Wilmington or move in with Emily’s parents for a few months because there was no way I could do this on my own. How will growing up without a mother’s love effect my son?

After two hours the doctor walked into the room. My stomach leapt as we locked eyes. He said, “Your wife had a very tough time, but she is okay.”. Tears streamed down my face and I gave the doctor a bear hug. It was now 6:30. The surgery was supposed to be done by 4.

I went and held my son again in the nursery. I heard a nurse talking to another nurse across the room, “… and Mrs. Stone almost didn’t make it. She lost four litres of blood and they couldn’t stop her bleeding.” I cut in, “That’s my wife, she’s okay isn’t she?” She replied, “Yes but she is lucky. I’ve never seen someone lose that much blood and be alive”.

An hour and a half goes by and we finally get the okay to see Emily. As we are walking down the hallway to get ready to enter her room, we see a team of four or five nurses rush in and the door closes behind them. Just when I feel I can start relaxing and thinking about the start of our family, my wife is bleeding out again on a table across the hall. Thank God, the nurses stop the bleeding and 20 minutes later I was so glad to see my wife. Her normally pale skin was extremely yellowed and she looked like she had stared death in the face.

I will never forget as long as I live her holding Wyatt for the first time.

February 5th 2019 is the day my son was born and my wife almost died. That day is a lesson to never take a second with either of them for granted.

It’s no good. No repeat watching of Netflix’ Christmas Chronicles or reciting the old adage ‘that you have to believe to get gifts’ is going to fix this. The bubble is burst. Her cousin told her! She's only 5. I'm so sad. All that careful creeping round in the middle...