Can Dads Have It All? 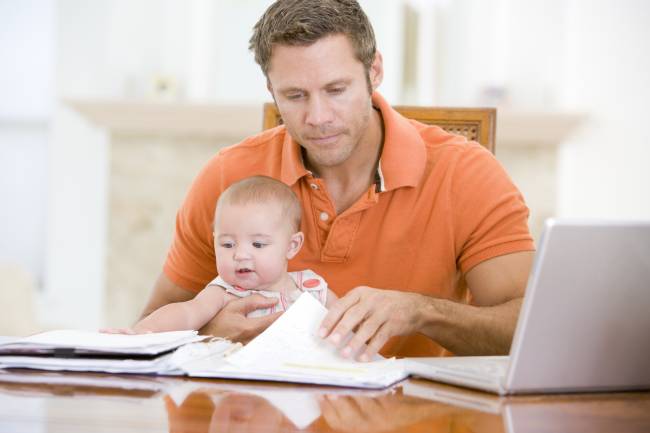 Last week I was busy getting my sons ready for school ahead of a day in my office – aka the bedroom and my daughter’s nursery – when I received an unexpected phone call.

I was surprised when I found out that it was a request for me to appear on television that very morning.

A survey had been published which found that almost half of working fathers would like less stressful jobs so they could spend more time with their children. In addition, around a third would take a pay cut to achieve a better work-life balance.

The decision I made in 2015 made me a suitable case study for this story and, before I knew it, I was in my local BBC studio preparing for a linkup to the Victoria Derbyshire programme.

Unfortunately, due to other items overrunning, the story didn’t get the amount of time originally intended. There was only time for one question each and the one posed of me was “can dads have it all?”

In short, my answer was “no”. While I’m one of the lucky ones who has the best of both worlds, I feel that nobody can truly have everything.

Looking at dads in particular due to the nature of the survey, it is particularly difficult to achieve a work-life balance that suits all parties.

Shared parental leave doesn’t work in the way it should and isn’t available to everyone. Again – this applies to me. Had I stayed in my job instead of becoming my own boss, I wouldn’t have qualified, as my wife is the main carer for our children.

Paternity leave is simply not long enough and, in families where there is only one earner – hello, case study here again – this isn’t always practical due to the reduced wages on offer.

This all leads to the suggestion of a ‘fatherhood penalty’ in which dads are willing to change career for something below their abilities and experience with a reduction in earnings as a result.

While I wouldn’t say that I’ve regressed in terms of what I do for a living – I was a digital editor in my previous role – my earnings are around half of what they were. Again, I’m living proof, so definitely agree that said penalty exists and is a significant problem.

Repeating something else I often say, flexible working simply has to be the way forward. Lifestyles have evolved and jobs need to do likewise to keep up.

I’m fortunate that my blog has become successful enough to support my family. This puts me very much in the minority though and I imagine that there are thousands of dads out there who are as miserable as I was before I decided to go it alone.

Legislation has to change and workplaces need to become more understanding of modern life. Although there have been minor changes to accommodate fathers in recent years, they are token gestures at best. They are not enough and significantly out of date.

Such changes can only create a happier and more productive workforce. There have also been suggestions that it could help reduce the gender pay gap. It’s a pretty obvious win-win solution.

The topic of fathers and the workplace is currently the subject of an inquiry by the Women and Equalities Committee. I shall be following this keenly – and hopefully, in years to come, I won’t be one of the lucky few exceptions to the rule.