DAD.info | DAD BLOGS: Tom | Would you lie about your child’s age to save money? 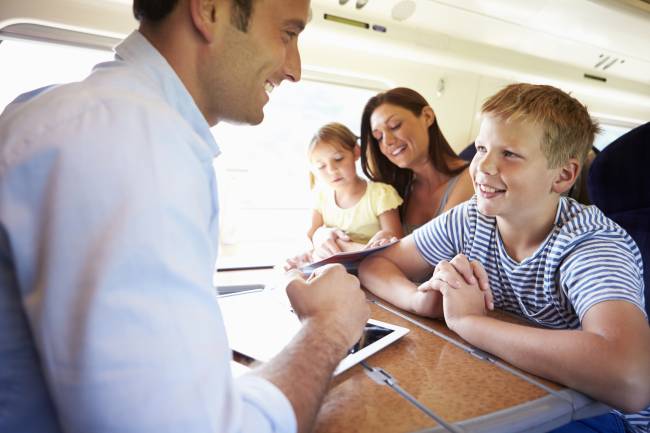 I was interested to learn that, according to recent research, a third of parents lie about their kids’ ages to save money on days out.

A survey of 1,500 parents also found that one in 10 have gone as far as teaching their children to lie about their age if questioned.

Meanwhile, others confessed to getting their kids to feign sleep or hide from ticket inspectors to dodge fares.

The other statistic that stood out for me in the research commissioned by Heathrow Express was that those who had lied had done so up to four times.

I’m not going to judge those who take these measures – because I’m quite envious of them in a way – but it’s not an approach that I’d be comfortable with.

We only have one fluctuating income at our disposal and I’m well and truly with those who believe that some attractions and public transport operators charge unreasonable amounts.

In short, we’re prime candidates for being a little economical with the truth in such situations, but it’s just not something that I could do.

Even though a large part of me would feel smugly satisfied about sticking it to the proverbial man, the feeling of guilt would outweigh it.

Ticket inspectors never fail to put me on edge despite the fact that I always pay the full amount. Yes, even though there’s no good reason to be nervous, I always feel like I’m going to be in trouble the moment they turn up!

Then there’s the fact that I would be teaching my kids that it’s okay to be dishonest. This would concern me both ethically and in terms of how it might come back to haunt me.

Children are very good at noticing when their parents do things they perceive as out of the ordinary.

If I were to get mine to tell fibs in order to save myself a few quid, I know they would use it to undermine me at a later date. My five-year-old son would use it as a delaying tactic at bedtime for weeks!

So, much as I would like to be a little less boring, my rebellious side will remain kept in check. We’ll stick to free and cheap days out for the most part and save up for the pricier ones as treats.

What do you think? Would you tell a little lie about your child’s age to save money?

Last week, my seven-year-old son came home from school with a pen as a reward for 100% attendance the previous term. His five-year-old brother had missed a few days due to illness and therefore didn’t get one. Inevitably, this led to a little bit of jealousy and the...