Day of the dad 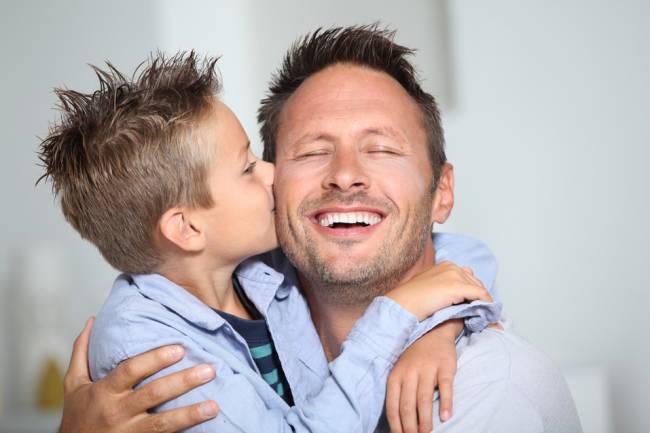 There are some people who have a certain time of year that is ‘their time’. For the likes of Noddy Holder and Roy Wood, it’s the run-up to Christmas. For publishers who produce model making magazines that only require 97 issues costing a fiver each to complete it’s January. And for dad bloggers like yours truly, it’s the month or so before Father’s Day.

Now I’ve been blogging for almost six years, I’m familiar with the drill. After a few early keen ones in April, the true deluge of emails starts. You’re offered nice things, invited to events and sometimes get asked to do scary live interviews on the radio. I’m not knocking any of this, of course; it’s a nice perk of the job and it keeps me busy.

Two or three years ago, I found myself on one of said live radio interviews. I was under the impression that it was going to be a light and fluffy chat about what Father’s Day means to me, possibly with a cheeky plug for my blog thrown in for good measure.

I was half right. It turned out that I had been invited on because I was clearly looking forward to it. That wasn’t it though. I hadn’t been told that there was going to be someone else on the call arguing that it was simply a money-making exercise without the same meaning as Mothering Sunday. My role, it seemed, was to be an unofficial guardian of Father’s Day. No pressure then!

I was thrown – especially as the other guest was also a dad who spoke about his child with great affection – but got on with it. The opinion I found myself sharing was that his point of view was consistent with outdated things that are said about men that have become so commonplace that people – including some dads – have actually started to believe them.

In hindsight, I’m not even sure he truly believed in what he was saying. It felt as though he was towing the ‘dads don’t matter as much as mums’ line because he felt he ought to.

Yes, Mothering Sunday has been in existence a lot longer than Father’s Day. People often suggest that its religious origins are why it’s treated with greater respect, but I don’t accept that as an argument – particularly as, according to a recent study, people of no religion now outnumber Christians in England and Wales.

The fact that it’s been around longer doesn’t mean that parenting is a female-exclusive domain. It’s just that it came into being when the role of fathers was markedly different to today.

For the record, the first Father’s Day was inspired by a single father of six and not a greeting card company.

Sadly, despite society’s attitude beginning to change for the better, there are still way too many people out there who seem to think that dads are second-class parents. Their logic, if you can call it that, is that mums do all the hands-on stuff with kids and that dads are a bit hopeless. Therefore, the idea of thanking us for being feckless figures of fun is daft.

Nobody in their right mind would dare to take a pop at mums, so I don’t get why it’s acceptable to do so with dads and, as a result, Father’s Day.

As far as I’m concerned, those who think that it’s a pointless waste of time are no better than those who ask dads if they’re babysitting. It’s thinly veiled sexism and nothing more.

We should celebrate our parents and thank them for everything they do for us, regardless of their gender. Mums deserve their day of recognition and so do dads. Of course, brands do well out of it as a result, but show me an occasion in which they don’t. Marketing is marketing and that’s not going to change.

Father’s Day is, in fact, a great opportunity to highlight the cultural shift that I think we’re in the early stages of. Sure, it’s going to take a while yet for society’s opinions to change, but they will and we can help them on their way by being vocal about how great it it is to be a dad.