Office Vs home: which workers are happier? 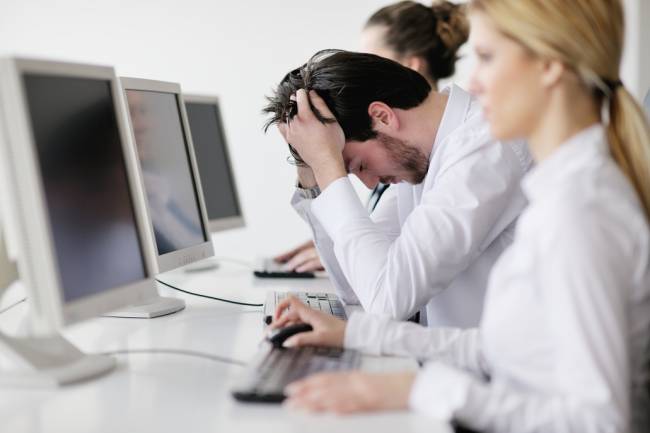 I was interested to read some recent research into workplace stress as it resonated with my situation just over a year ago and, conversely, with how things are now.

I was working in the most stressful job I’ve ever had and things were coming to a head. I was coming to the end of a 12-month contract and, despite being thoroughly miserable, had obviously impressed my employers as there was the offer of another 12 months on the table.

It was a proper ‘should I stay or should I go?’ situation. Stay on for another year with a decent pay rise but ever-increasing stress, or go it alone with no guarantee of any income but more time with my young family.

I went for the latter and haven’t looked back, which is great. Of course, there are other stresses involved in my new life and it isn’t all plain sailing but things are much better despite the huge gamble I took.

This, of course, has given me an insight from both sides of the fence and takes us back to the focal point of this post.

The survey, conducted by office product supplier Viking, discovered that one in three workers in the UK suffer from stress but feel they have nobody to confide in.

Of this headline figure, the results by environment are what interest me most. While a third of office workers felt they had nobody to talk to about work-related stress, just under half of those who work from home said the same.

I’m somewhat surprised at this as, in my experience, the wrong workplace can be a much lonelier environment – even if you are on your own all day working from home.

Although I confided in a couple of like-minded individuals in my old job, I didn’t feel I could speak to anyone in the management about the stress I was suffering. I tried once or twice, but they didn’t seem concerned. The fact that they offered me another year showed that they were oblivious to how unhappy I was.

Cut to now and working for myself from home and I feel much happier. Being self-employed can be a tough existence when technology fails or clients don’t pay on time, but I have a sympathetic ear in my wife and that’s all I need.

Surely some of the respondents have partners and I think it’s a sad indictment that there would appear to be those who don’t feel they can talk to their significant other about work-related problems.

Other key findings were that half of office workers don’t take breaks from their desks and computers while 45% said they felt an unpleasant amount of pressure on a weekly basis.

This definitely rings true for me. I often had to work through breaks and stay late and an unreasonable workload was par for the course. I still work hard now – as the family’s only earner I have to! – but the change in environment has made all the difference.

I’m obviously biased, but working from home – whether it’s for an employer or under your own steam – has to be the way forward. It eliminates commuting – which, where I live, has been a major issue of late – increases available work time and, as the stats also suggest, results in fewer negative feelings towards work.

Plus it gives parents more time with their families – and that has made my decision, for one, worthwhile on its own.