When I quit my well-paid but soul-destroying job last summer to become a freelance copywriter, I didn’t know whether it would work out.

I hated my old nine to five though and it was making me miserable so I took a leap of faith. The plan was to build up a portfolio of clients and supplement that by making a bit of extra money from my personal blog.

Ever since I started it almost six years ago, I’ve wanted it to become my full-time vocation, but that was a pipe dream. Or so I thought. I was diligently reviewing my earnings recently when I realised that almost all of the money I’ve earned in the nine months since going it alone has been via my blog. I had stumbled into my dream job almost by accident!

On my way home from the school run the other day, I was chatting to another dad who I’ve got to know quite well. “How’s the blogging going?” he asked. “Really well,” was my reply, “I’m technically a professional now!”

He did a ‘wow’ face that I’ve become quite familiar with since my spreadsheet-based epiphany. I won’t deny that it’s a nice feeling to see said expression on people’s faces. I’ve always been in awe of those who do what they love for a living and it reminds me of how lucky I am to have finally got there myself.

You know there’s a ‘but…’ coming though, don’t you? 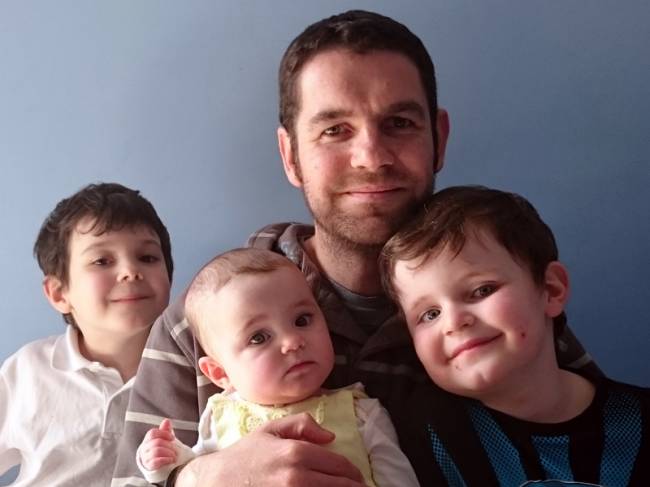 Yes, my dream job is now my real job. I get to write about all kinds of weird and wonderful things, attend cool events and meet lots of interesting people.

Yes, I work from home so I see much more of my wife and kids than I used to.

And, yes, ‘Professional Blogger’ is a cool job title…

But I really worry about whether I’m doing enough as a dad.

Maintaining a healthy work-life balance is a challenge for anyone, particularly parents and I’m finding it very tricky at the moment. I have two sons, aged four and almost six, as well as a five-month-old daughter. We live in a two-bedroom house and our room doubles as my office.

Although there are some obvious constants, there’s no such thing as a typical day. I start as soon as possible after the school run. My wife looks after our daughter during my working hours and I try to be done by 6pm, but there are always interruptions.

I feel guilty when I have to remind my four-year-old son that I’m working and that he should let me get on with it.

I feel guilty when his big brother – who does understand my need to get on – arrives home from school and I don’t see him until he’s having his dinner.

I feel guilty when my wife has had a bad night with our daughter and can’t catch up on sleep because I’m working in our room.

Inevitably, I don’t always get everything done during the week and my work sometimes spills into family time at the weekend. I worry that, as a result, we’re all missing out on important time together.

I often fall into the trap of looking at other parents’ Facebook updates showing the places they’ve taken their kids and the fun they’ve had and think that, in some respects, I’m failing as a parent.

This is all irrational, of course. I know I’m doing my best. My decision to leave the rat race was the right one. I earn just enough to pay the bills, see my family much more than I used to and things are hectic because we have three young children. It will get easier!

I just thought I’d share these angsts of mine as, although I read a lot of ‘parental guilt’ posts by mums, I don’t see many by dads. Illogical though these feelings may be, they’re completely normal. Or at least I hope they are otherwise I’m in trouble!

If you’re a dad who’s worried that you’re not doing enough, then stop right now.

The fact that you’re fretting says to me that you care and that’s the main thing. The rest follows on from that.