Forums
Issues for Dads, by...
Legal Eagle
Wife ran away with ...
Notifications
Clear all

Wife ran away with daughter 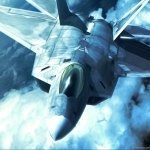 I do believe that the advice you get here is more valuable than a solicitor's consultation.

Thank you all for your advice. You all have been truly wonderful and are gentlemen above gentlemen!

My wife gave birth in February. Ever since then, she changed. She was no longer the sweet loving caring wife I knew. She would try to start fights and talk to me very rudely.

I endured this for months and finally decided to book an appointment at my surgery to assess her for possible post natal depression. I did not tell her that I booked this appointment. She turned up ( I did not go with her ) to see the Doctor and God knows what she said. She came back and told me that the next day there was another appointment for her and our child. Next day, I dropped them off at the surgery and I was waiting for 2 hours in the car park.

I rang and she eventually picked up and said that she has told the Doctor everything and that for safeguarding reasons, she can't come with me. The doctor has informed social services and a family friend of hers would come and pick her up and they would have a police escort to that house. I stayed calm during the call. I went home and few minutes later, policia arrived and arrested me as my wife had made allegations that I was controlling and coercive. I was taken to the station but not detained as I had no previous DV complaints and I had never been arrested before. I was released instantly.I was told that I would be contacted for an interview to hear my side of the story. It has been a month and I have heard nothing.

The wife then came this week with policia to pick up her clothes.

In the one month that has gone by, she has not spoken to me at all. She has shown my daughter by Whatsapp video chat only couple of times. She has also stopped being co-operative and no longer shows her to me as she ignores my messages.

The family friend she went to .. I only know that lady's name and don't even know where she lives. That lady gave my wife training on what to tell the Doctor.

Now, I must add that I was suspecting something fishy going on ( hush hush phone calls by her where she hangs up if I enter the room ). I planted an audio recorder secretly for a few days two months ago and I heard that she was planning something with my in-laws. The day before she ran away, she also discussed this plan with her family friend. I acted as if I knew nothing but was mentally prepared.

What do I do now ? I do not want to get a child contact order as I have seen on the net that people have fought for 7 years or more and ended up spending tens of thousands! Surely she can't suggest make up allegations and walk away just like that?

@cannedtuna It will be tuff going but hang in there a better place for you is out there may take time, but saying that do not sit back you have to act because if you do not your X will if able to get legal aid she will tie you up in knots.

FH for one CMS the other etc look at the bigger picture be aware that some forms that you will submit to court will Just be put to one side because 99.9% of the time they will be only interested in the child and mother unless you have thousands to take this on and even if you do win before you know it your in debt up to your eyeballs, set a budget and not let your feelings cloud your judgment use your real friends as they will give you that vital support needed.

@cannedtuna As others have said don't make contact your X would become very unpleasant and could cause a lot more problems as for me went down the same path Police etc but was clean as a Whistle nothing no follow-up, case closed but please tread carefully keep all correspondents coming up and log everything. Believe me, once your x brings on a Solicitor they will only see them as a cash-making machine and will push your buttons if they try to take a step back a deep breath works wonders. I have heard that sometimes Police can keep cases open and after 6 months a year comes knocking and drag you in for an interview your x could call them up to log compliant makeup stories against you it has been known in the past so please do not give her that satisfaction.

@cannedtuna It will be tuff going but hang in there a better place for you is out there may take time, but saying that do not sit back you have to act because if you do not your X will if able to get legal aid she will tie you up in knots.

Apart from submitting a child contact order ( which I really really do not want to do as it starts off financial ruin ), there does not seem to be anything that I can do.

@cannedtuna Donot give up my x has tried every which way yes stayed in the FH paid for by the state because interest only it will be only time she will run into problems trying to get a Trust Declaration over the line that will safe Guard xwz. Time will tell the children may work things out but the x's are masters of hiding and using the children against us.

I had a call from social services - children services end of last month. The woman spent an hour with me telling me more bs my wife told her and she wanted to hear my replies to each. Some were borderline extreme bs!

Does anyone know anything about prepaid cards being given by councils ?

~ And what stage am I in ? What's next to come ? When does she come after me for divorce or child maintenance ?