After posting impressive performances this year, England Sevens are riding high in the HSBC World Rugby Sevens Series standings. It’s all to play for as the team look forward to a decisive showdown at the World Series finale, the Feast of Rugby at Twickenham on Saturday 20th and Sunday 21st May 2017. Mandy D.Charles speaks to England Sevens’ most-capped player, James Rodwell (32), about how you can be more Sevens in your approach to training and lifestyle…

Sevens is demanding both physically and mentally, but what does it take to perform at this level?
It’s a different type of fitness. The ability to go again and again and again. The image of the Sevens player has changed. There is now much more focus on performance. We work immensely hard in training in England to get the level of performance right, so that when we go away we can do ourselves justice playing in tournaments.
How do you deal with your training and diet with such a hectic travelling schedule?
We adapt to travelling before we go, shifting training back later in order to adjust our bodies to jet lag before we even get on the plane. We can train better in an environment that we’re used to, where we know we can push ourselves. It’s about how we can get our bodies right for the weekend and get over that travel fatigue and jet lag. The more time you can spend at home, the better it is for the team, because that’s when we get the advantage of using our Academy set-up to push us to the best levels of training. The quicker you can adjust to the travel fatigue and jet lag, the quicker you can get into training to the level you want to train at. The first session we do is made up of passing games, plus some stretching and drills to get the legs moving and get the hand-eye co-ordination back. On flights we don’t eat the same food as the other passengers, because plane food has a lot of salt and sugar. We take food that has been dehydrated and you just add boiling water. We’re all given a flight pack with snack bars and other protein snacks, too.
How do you find that extra 1% in your training?
That’s our sole focus, there is no excuse not to train. One of the reasons I’ve stayed on this journey for so long is because I love the training aspect of it as well as the playing. We train so hard! The enjoyment comes when you get to run in front of a good crowd in an amazing country in the world, that’s where I get my satisfaction. I know that only happens when you work so hard back at home doing the training that we do. We play 14 minutes in a match, but we’re training on a pitch for up to an hour and 45 minutes. We’re literally on it for the whole time. You’ll get a water break for 30 seconds going in to the next practice. You’re pushing yourselves for that whole session. 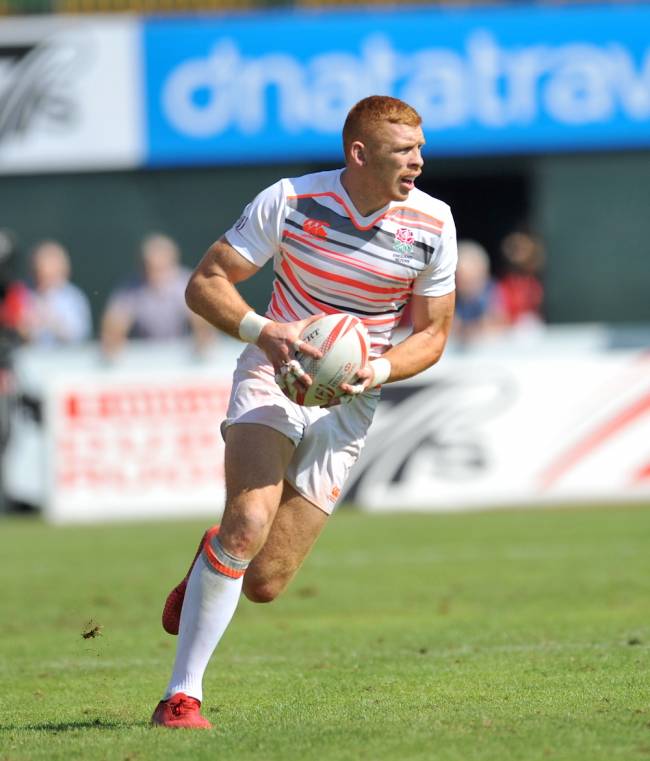 How do you track your performance?
We measure our heart rate online every morning and we send it in to our strength and conditioning coach who monitors how recovered we are as an individual, how he sets our training levels and how much we do in terms of loads. He knows how much we can taper in terms of how long the session can be because he doesn’t want players to drop off too much because it means that there’s a risk of injury. It seems to be working well this year in terms of how many fit players we’re keeping in the squad.
What do you eat after a game to aid recovery?
Our focus as players is to get all of our nutrition from food. Sometimes for us that isn’t always possible as with games we sometimes have a two-hour turnaround. We have to look at how we can get that nutrition in quicker. After games we have a recovery smoothie which will have varying amounts of protein, carbs etc to try and quickly replenish what we have just lost in the games. On a day-to-day basis we’re generally looking at normal whey protein and certain level of carbohydrate and sugars to allow us to perform at the levels that we strive for. You’re nothing without the hard work that happens off the pitch.
Do you take any supplements?
We do take a multivitamin and Omega-3, plus Vitamin C to top up our levels too. You don’t want to be training at our levels on a reduced immune system because that’s when you pick up illnesses. When we’re returning from injury, it’s all about getting your carbohydrates. The body needs carbs to function properly. It’s the low GI that help in slow-release and keep the body topped up. In terms of general public use around amateur sport, I don’t think that there’s a huge need for supplements. I think that people have the time to prepare and make food and get the same gains.
Is it harder to stick to training now you’re a dad with family commitments?
I’ve just had another one, a six-week old, and I’m definitely at that point where I’m having to be quite mentally tough about the focus I have around training. I certainly wouldn’t still be playing the game if I didn’t have an incredibly supportive wife and her understanding of how much I love what I do.

Why choose to play Sevens if you’re a child?
It’s about being active. I grew up trying to play every possible sport. I think that rugby probably ended up the one on top! I think it’s about how you can convince your children that you can have a lot more fun outside, and encouraging them to get out and have adventures. When the weather’s nice, I’m straight outside with my son, chasing him around. As parents you can help your kids by encouraging them to be outside more. It means a lot to me to have that family time.
DAD.info wishes James and all of his England Sevens teammates the best of luck in the tournament. 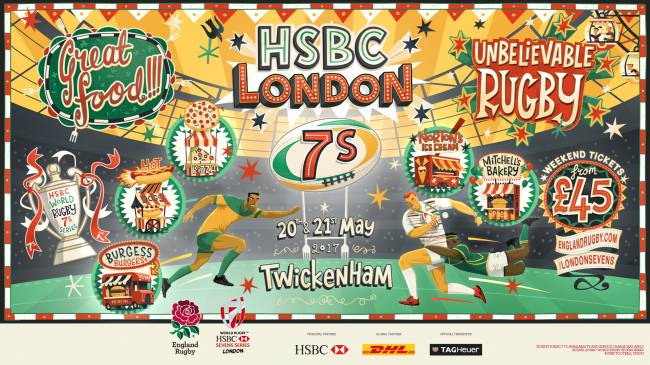 Support the HSBC London Sevens at the World Series finale, ‘Feast of Rugby’ at Twickenham on Saturday 20th & Sunday 21st May 2017. HSBC London Sevens finale weekend, ‘Feast of Rugby’ combines gourmet international street food with international rugby. With live music, vintage fairgrounds and a few familiar foodie faces, there’s something for the whole family to enjoy.Tickets start at £30 and are available here: eticketing.co.uk