DAD.info | Lifestyle | Sport, Health, Fitness & Grooming | Health | Should you be worried about your bacon intake?

Should you be worried about your bacon intake?

Recent findings have highlighted the health dangers of processed meats. Is this the death of the fry-up? 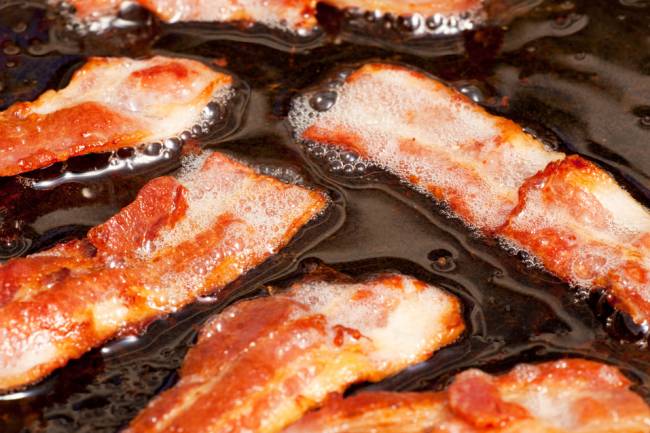 Whether a weekend treat or daily brekkie, most carnivores will all agree that bacon and sausages are what make a good old fry up. If you don’t think you can live with out a regular dose of pig-based breakfast items, you may want to stop reading.

The World Health Organisation (WHO) has issued a warning that meat products such as bacon, salami, ham and sausages are a cancer risk and could be as harmful as smoking and alcohol when consumed in large, regular quantities. The recent findings were outlined by the WHO’s International Agency for Research on Cancer (IARC), which has termed processed meats “carcinogenic to humans”. Processing meats can involve smoking, curing or brining, and adding preservatives or large quantities of salt.

Around 50g (roughly 2 rashers) of bacon a day could increase the risk of colorectal cancer by 18%. It is estimated that globally around 34,000 deaths per year are due to diets high in processed meats, this can be compared to around one million due to smoking and 600,000 due to alcohol. Despite being placed in the same category as plutonium and asbestos, which also have been proven to cause cancer, processed meats are not equally as dangerous. An occasional hotdog for instance would not be as dangerous as smoking a cigarette.

Everything in moderation will be key to getting the health message across to the UK public. While risk of bowel cancer remains small with occasional consumption, if you are a regular processed meat consumer, it will really be worthwhile looking for an alternative. Maintaining a healthy balanced diet is vital to health, remembering to consume your 5-a-day when it comes to fruit and veg, increasing fibre through wholegrains, and keeping a close eye on sugar and alcohol consumption as well as your waistline.