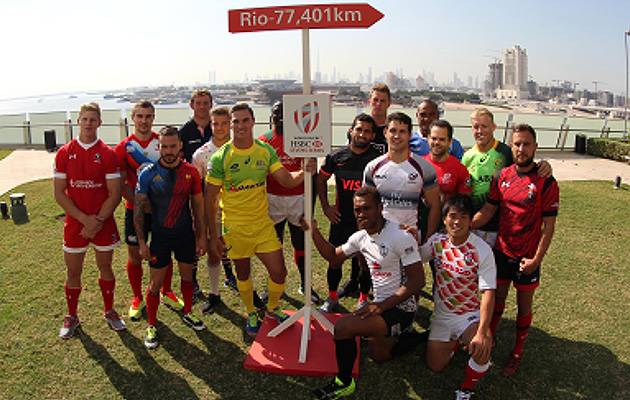 Dubai marks the start of the new, and improved, HSBC World Rugby Sevens Series, and with the sport making its much-anticipated bow at the Olympics next summer it will be well worth watching

To signify the start of the new HSBC World Rugby Sevens Series campaign – which kicks off in Dubai on Friday, amid much justified fanfare – the 16 captains from the competing countries gathered around a pole which read “Rio 77,401km”.

It was perhaps odd, given that the Brazilian city, home to Copacabana beach, Sugarloaf Mountain and Christ the Redeemer, does not feature on the 10-stop schedule.

However, the Olympic Games it hosts next summer will certainly put sevens on the map, hence the relevance of the slightly cringe-inducing snap.

It’s true: excitement levels have reached giddying heights on the eve of the new season – in part due to the unusually lengthy six-month hiatus, the refreshed look and feel of the new circuit, but mostly it’s because the abridged version of rugby union will make its bow at the Olympic Games.

Rio looms large on the horizon, and there are just 247 days between December 4, when the series begins in Dubai, and August 6. That is when sevens – which will be one of the hottest tickets, if last year’s Commonwealth Games is any indicator – will be showcased on the biggest sports stage on the planet, catapulting players to international stardom over the course of a few days.

However, there is plenty of action to look forward to before a chance to go for gold. Fiji, under Englishman Ben Ryan, start the 2015-16 series as defending champions, having sealed overall victory last term for the first time in almost a decade. They were also the first to qualify for Rio 2016, and were joined by the three sides beneath them – South Africa, New Zealand and England (who triggered Team GB’s involvement).

Ryan’s column, on the HSBC World Rugby Sevens Series website, indicates how motivated he and his team will be to shine this year, and beyond. “Without doubt, the biggest days for sevens are to come in 2016,” he wrote. “Yet the 2014-15 season was also seminal. The ‘Olympic effect’ brought real change across the board.

“Better to come? For sure. August 2016 will bring tension and drama we have never seen before. However, this year will be known as the season Fiji roared back. The team that plays like no other played like no other in breath-taking fashion. More off-loads, more line-breaks, more tackles and more tries than any other team. Pure, undiluted joyful rugby.” 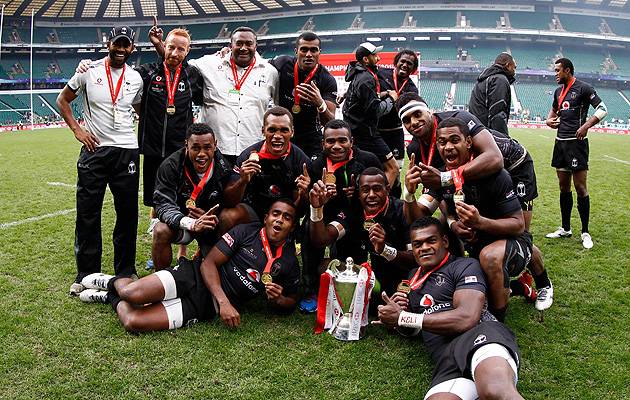 The recent Rugby World Cup in England saw many sevens players involved – including six from Mike Friday’s USA side, who earned their maiden series victory in the last leg of the 2014-15 in brilliant style. They were the toast of Twickenham and concluded the season in a very respectable sixth, one behind Australia.

Friday, another English coach, is hopeful that his troops will have enough firepower to impress at the Olympic party. And any side with the ever-improving Carlin Isles and Perry Baker – sprinters first, and sevens players second, and closing – then tries will not be a problem.

“They [USA] did so well last year and we shocked everybody by going from nowhere to somewhere,” wrote Friday, in his column ahead of the season kick off. “But the hard part is backing that up.

“I’ve previously described the squad as being a bit like a boy band in terms of its make-up, because there are so many different characters from different backgrounds involved, and for us the 2015-16 series is like releasing your second album after the first has been a massive hit … you’re always a bit nervous about living up to it.”

Another side hoping to make music on the pitch is New Zealand, who remain far and away the most successful side in the competition’s history, having won 12 of the 16 editions. New captain Scott Curry believes his teammates will be inspired by the RWC 2015 success of their XVs brothers in arms.

In his column on the eve of the new campaign, the four-series veteran wrote: “Last season was my first as a New Zealand Sevens player without a winner’s medal at the end of it. It wasn’t an experience I’d like to repeat again, if at all possible.

“Obviously the World Cup was massive news over here and getting the win was pretty special for the whole country. It has whet the appetite to get in to this series, and to start getting that winning feeling again in sevens.

“Seeing those guys up on that stage brings back memories for us because we have experienced it ourselves over the years. To have the opportunity to do likewise at the Olympics is pretty exciting.”

It should to be a extra-special nine months, and in Dubai we can expect a fascinating weekend on the the ever-shortening road to Rio.