THE MAGIC OF ASHES CRICKET AT LORD’S 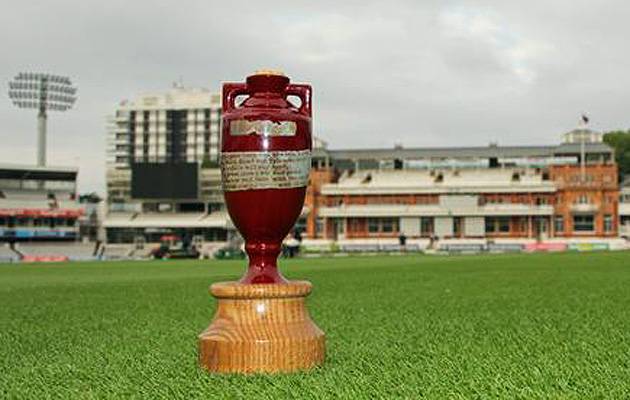 The ‘home of cricket’, they call it, and a Test match at Lord’s in west London is indeed special, commanding a reverence, especially when the Australians are in town. From Thursday the baggy-green-cap-wearing Antipodeans will contest the second match in the Ashes series, a seven-week extravaganza, having been surprisingly thumped in the opening contest, in Cardiff, last week.

Alastair Cook won the toss at Sophia Gardens and elected to bat, with man-of-the-match Joe Root’s 166 – helped by another 60 runs in the second innings – proving the difference between the sides, with the tourists losing by 169 with one day to spare.

The Aussies were – and still are – the favourites for the series, having enjoyed a 5-0 whitewash on home soil last year. However, they have the jitters. All-rounder Shane Watson has been dropped, for Mitchell Marsh, and wicketkeeper Brad Haddin has flown home for ‘family reasons’ meaning that debutant Peter Nevill takes the gloves. The 29-year-old is not renowned for his work behind the stumps, but can certainly bat, having scored 764 first-class run at an average of 76.40, last season.

Watson, meanwhile, was one of the middle order who was out in his 30s in the second innings. Quite incredibly all the batsmen, from number two to six, fell in their 30s – for the first time in Test history. That they were in and scoring hints at a lack of concentration, and good bowling on England’s part.

While the levels of mugginess are quite not where they were at the beginning of the week, it will be good toss for Cook to win. Should England triumph at Lord’s then they will have one hand on the tiny urn, with three matches of the five-Test series still to play.

Back in 1882 when England lost at home to Australia a mock obituary, written by Reginald Shirley Brooks, appeared in The Sporting Times, and read: “In affectionate remembrance of English cricket, which died at the Oval on 29 August 1882, deeply lamented by a large circle of sorrowing friends and acquaintances. R.I.P.

“N.B. The body will be cremated and the ashes taken to Australia.”

From that good humoured article the idea of the ashes – as legend has it, the burnt stump bails from that first series carried in the famous 11cm-high terracotta urn – was born. Hitherto, of the 68 series played, Australia have won 32 to England’s 31, with five drawn.

And Lord’s, with all its history – it houses the oldest sporting museum in the world – is the perfect setting for this series to restart the fierce rivalry. As a spectacle England against Australia at this venue is one of the most magical in sport, with the red-and-yellow-tie wearing MCC members and 28,000 in all watching proceedings.

Almost two decades ago now I was first taken to Lord’s by my father, a minor countries cricketer for Cheshire who once hit a boundary off the late, great West Indian quick bowler Malcolm Marshall by accident; he couldn’t see the delivery and somehow managed to land his willow on the leather ball, causing it to skid to the rope.

I was so captivated by the place I made a vow to return as many times as possible. As a cricket writer and a punter I have been back to Lord’s on dozens of occasions, soaking up the atmosphere. I look forward to the day when I can take my son, Freddie, so he, too, can be inspired. You never know, he might even be lining up for England against Australia. Now that really would be magical.