Rory McIlory is missing after a football accident, but there is plenty to savour at St Andrews, the ‘home of golf’, for purists and new fans alike 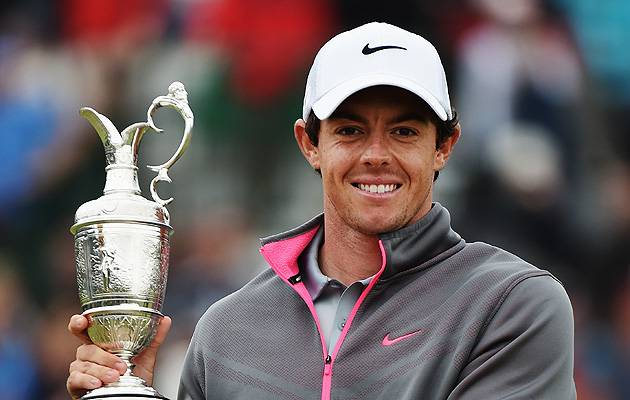 A five-a-side kick around with his pals gone wrong has done for world No1 golfer Rory McIlroy, and means that The Open, which begins this Thursday on the hallowed turf of St Andrews, will be played without the defending champion.

The Northern Irishman jiggered his ankle ligaments leaving the path seemingly clear for his US rival Jordan Spieth, the 21-year-old Texan hotshot, to shoot into an open goal, claim the famous Claret Jug, and seal an unprecedented hat-trick of majors this year, following on from glory in the Masters and US Open. But can it really be as simple as that?

The Open is the oldest of the four majors, and given that the 144th edition will be held on the Old Course at St Andrews, the East Fife town colloquially known as the ‘home of golf’, we can predict the unexpected. Indeed, the last seven Opens, from 2008, have seen seven different victors triumph.

True, Dallas-based Spieth, the overwhelming favourite, travels to Scotland from Illinois with a spring in his step, having collected his fourth title of the season last Sunday, romping to victory in the John Deere Classic with a superb final round of 61.

However, that the world No2 has only clubbed around the Old Course once before this week – and that was four years ago when he was a teenage amateur – could prove his downfall. Spieth has countered that he has played the 72-par, 7,305-yard course on his simulator, but it’s hardly the same, with the wind whistling around his ears and cap.

Being a Links course –  that is, played on the coast, and in this case sandwiched between two of the most beautiful beaches in the UK (including West Sands, which was where the opening scene in Chariots of Fire took place; cue the Vangelis) – it is notoriously capricious, and tricky to judge the constantly changing weather, on top of the cruel contours.

This will be the 29th time St Andrews, a mecca for the sport’s purists, has hosted The Open, which is easily the most – next is Prestwick Golf Club, with 24 – so they are well versed in the event. Having studied at the local university and hacked around myself I know it well.

The charming coastal venue knows precisely how to enchant, whether visitors want to flank the Old Course or would rather explore away from the greens and find a wee dram in the cobbled backstreets. And viewing the world’s best players drive off from the first tee, with The Royal and Ancient Golf Club building as a backdrop, is one of the most thrilling sights in golf.

Even if, like McIlroy, you will be watching the action from your sofa with your feet up, it should be a fascinating four days of golf. Given that it is the only one of the four majors held outside America – meaning that you won’t have to stay up late in to the early hours to watch Sunday’s conclusion, thankfully – The Open at St Andrews is an ideal gateway tournament to introduce your youngsters to the sport.

In the way that hoards of folk dust off their old tennis racquets and practice being Novak Djokovic or Serena Williams during or shortly after the Wimbledon fortnight just gone, so to is The Open a truly inspirational competition.

Mark Twain may have said that golf was “a good walk spoiled”, but I doubt that the Huckleberry Finn author attempted to stay out of the Road Hole bunker. And forget the stereotype that the sport is for oldies – that McIlroy and Spieth, the top two players in the world, have an average age of 23 dispels that theory. In fact, golf has never felt more inclusive towards youngsters, so time to take advantage. Just watch out for the five-a-side footie, won’t you?