DAD.info | Lifestyle | Play | Days Out | Days Out for You | Sam Avery is the Learner Parent – tour extended 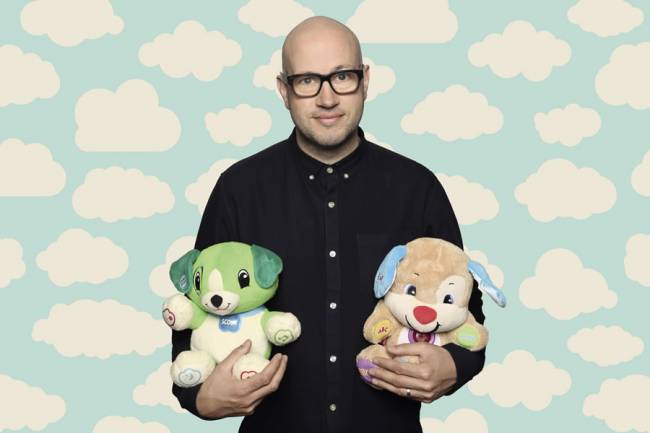 Sam Avery is extending his tour, The Learner Parent, after a hugely successful first leg in 2018. Initially planned to finish on 23rd March, Sam will now be touring the UK until 17th July 2019.

Parenthood is a crafty beast. The second you master something it changes the game, so you’re rubbish at it again.

Stand-up comedian, viral blogger and bestselling author Sam Avery (aka The Learner Parent) started his award-winning blog when his twin boys were born. A million nappies, Peppa Pig episodes and a head-full of hair loss later, he shares all the lows, highs and hilarious in-betweens of his experiences of first-time parenthood.

Sam’s honest, messy account of wrestling with sleep deprivation and breast pumps – right through to his botched attempts at discipline and pathetic bids to stifle various toddler tantrums that definitely registered on the Richter scale – will have you testing your pelvic floor with laughter.

Sam started The Learner Parent blog after his twins were born, and it quickly became a viral sensation – being translated into 15 languages and eventually becoming a best-selling book. He is currently touring his new stand-up show, which is named after the blog and is a continuation of the book. Sam’s unique brand of humour captures the highs and lows of being a new father to twin boys and has become something of a guide for young parents all over the country. Don’t miss this chance to see the hilarious stand-up show from the award-winning writer of Confessions of a Learner Parent.

You can also purchase Sam’s book by clicking here.

The Shopping Survival Guide for Dads

With Father’s Day approaching, this is a great time to get a little kudos with your significant other and treat her and the kids to a day out at the mall. If you think that sounds like a wasted weekend or Hell on Earth, then fear not – we’ll show you how to turn a...