DAD.info | DAD BLOGS: Ollie | DEALING WITH THE ANXIETY OF HAVING A SERIOUSLY SICK CHILD … FROM AFAR 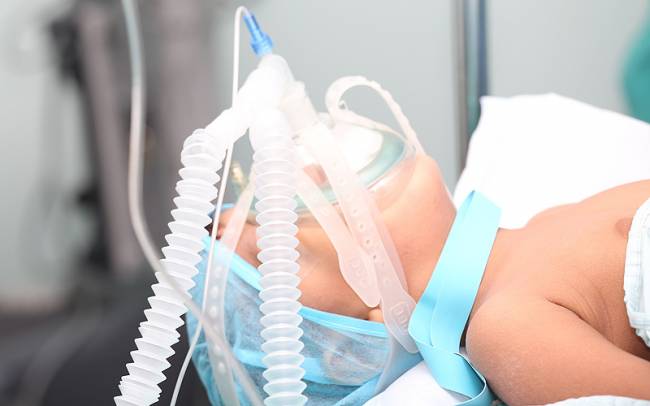 There is no worse sensation, as a father, than having a sick child. Much like nothing can really ready you for parenthood, there is nothing that prepares you for that unique, impotent feeling, pin-pricked with gnawing anxiety, when your offspring is in pain-induced distress for the first time, and there is zip all you can do about it.

If you are like me, you will feel utterly useless if the little one is suffering anything more than a high fever or cold (and even then I’m not much help, in truth). But when things take a dive for the worst, that’s when it’s really scary, and I employ gibbering-wreck mode.

It’s at that point, hitting the nadir of worthlessness, you would offer your house, limbs, dignity, soul, and in extreme circumstances your last Rolo to someone – anyone – who can quickly magic your son / daughter better.

Of course sometimes the little blighters never do heal, or the medics can’t work their spells quickly enough, tragically. That heartbreak doesn’t even bear thinking about, as such morose thoughts are not in tune with the sunny disposition we should all have at this time of year.

However, I allowed myself to entertain such horrific ideas in the tortuous hours I was trapped some 300 miles away in Paris, on a work trip (covering rugby sevens), when I discovered Freddie, our 20-month-old firstborn, was not breathing properly and had been rushed to A&E in London.

It’s every parent’s nightmare, and I’d like to revise my opening line, so it reads: there is no worse sensation, as a father, than having a sick child … when you know you can’t attend to them in the next half day or so.

This was my hellish scenario: I awoke in my Parisian hotel, rather bleary eyed and fuzzy headed, having been out carousing with some ex-international rugby union players until the early hours. Instinctively, to check the time, I reached for my iPhone, which was, thankfully, on the bed-side table, among scattered coins, pieces of chewing gum and a tricolour flag (I’m still not sure how that ended up in my room). It was 6:22am. But hold on, what’s this? A text from my wife.

It read, ominously: “Can you give me a call as soon as you wake up please?” And it was sent at 2.30am UK time. Immediately I tried her. No answer.

When, two minutes later, Clare called back, she sounded tired, feeble even. It transpired that she and Freddie and been in hospital all night. He had had some nebuliser treatment, and was using an inhaler until such time he could be discharged.

This had happened once before, when we were on holiday in the Caribbean. He had gone all limp and floppy, and we had to spend almost a whole day in Nevis’ only hospital while he slowly oxygenated. I know the West Indies is a place to chill out, but Freddie had taken it to a rather alarming level of relaxation.

Alone my darkened room in the French capital I panicked, naturally. I ached to be by Freddie’s side, and to ease the burden for my wife, too. As it was, I had to travel on the Metro to Paris Gare du Nord and buy an earlier Eurostar ticket back to London. The first one I could take – at great expense, though I would have paid more – arrived into St. Pancras International at … 2pm! The delay was agony.

And by the time I eventually found Freddie on the children outpatients’ ward, at just after 4pm, he was cheerily scooting around on a trike, and ready to return home. He was happy to see me, as was my wife. The tricolour flag went down a charm, too. But nothing could expunge the guilt of not being on hand to assist in his ailment, even if I wouldn’t have been any use whatsoever. C’est la vie, as the French would say.