Forums
Issues for Dads, by...
Fathering Children
Pre-Teens: Fatherin...
Worried about our s...
Notifications
Clear all

[Solved] Worried about our son's health

Our son is 12 years of age, and is very skinny. If you look at his bare body, you can see his bones easily sticking out through his skin – it is as though he is malnourished. He is however asthmatic, but he can control this and does not cause major problems.

We have seen the school nurse who said it is just normal, that it is just the way his bone structure would remain, he will just grow to be a tall slim/skinny man and that there is nothing to worry about. By the way, he is 5 foot at the moment.

However, a few friends of ours have suggested that we should have a second opinion and that the nurse may not have given us an accurate response, since in some cases, some medical staff do tend to ‘fob off’ the parents.

So do you think we should indeed get a second opinion? If so, who could we go to in order to get a second or even third opinion? Or, do you think we should just keep the same diet (we are an Indian family and mostly give him Indian food – curries/vegetables) for him, and take the response from the first nurse as being an accurate response, and that it is just his bone structure and that he is just going to grow up being a slim/skinny man?

Any advice would be greatly appreciated since my wife is losing sleep over this.

You could measure and weigh him and you can then plot this on a BMI chart to see where he comes. Having said that, at his age, it probably is just the way he's growing.

As a matter of interest, I was diagnosed with asthma about 5 years ago and used inhalers to control this. Just under 3 years ago, I started working for a chocolate company so was eating chocolate daily, and after a few months, noticed I didn't need the inhalers at all. I checked on this, and theobromine relaxes the bronchial muscles, so does help - I haven't used an inhaler in over 2 years now. It might be worth a try - you need dark chocolate - the darker he can take, the better, and only a small amount each day (also has other health benefits) - might be worth a try to see how he goes on, but check with his GP, especially before stopping the inhalers. 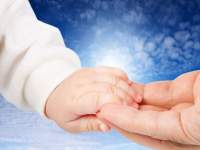 I don't wish to down play your concerns for your son but you posted this exact same topic word for word nine months ago. It seems an awful long time to leave this as you are so worried about it. Can I ask if you followed up on the advice we gave you at the time?

Many thanks for your replies.

You are quite right. I did post the same problem a while ago. However, I had a few problems with my PC and sent it off for repair. To cut a long story short, I lost that thread and all your responses.

I would be grateful if you would be able to send me a link to my previous post.

Since that post, I have spoken to the family doctor and school nurse. They both said not to worry and that he is growing at the moment. He is the tallest in his class. However, my wife and I are still worried. He is very very skinny and looks to be malnourished which is certainly not true. The last thing we want is social services knocking on our door!!

If you click on your username it will take you to your profile page and you will find a list of all your posts stored there. If you scroll through them you will find the initial post.